We have a few Christmas traditions in our home.  One of them is decorating gingerbread houses.  I usually buy the pre-made houses and some extra candies to go on them.  Sometimes the kids have decorated their houses at their grandparents' house in Louisiana.  This year they decorated them with friends.  I think this is their favorite way to hold the tradition.

I bought houses that were not only pre-made but also pre-assembled.  Easiest thing ever!  Just take off the cellophane wrapper and start decorating.  Several other kids had pre-made pieces but they were supposed to assemble them with icing.  Well, if you've ever done that then you know it is time consuming and tries your patience.  And then it all collapses in a mound of disappointment.  But my friends are so creative.  They took the kids' pieces and stuck them together with hot glue.  Not as edible as the traditional way but much more efficient!  You go, girls! 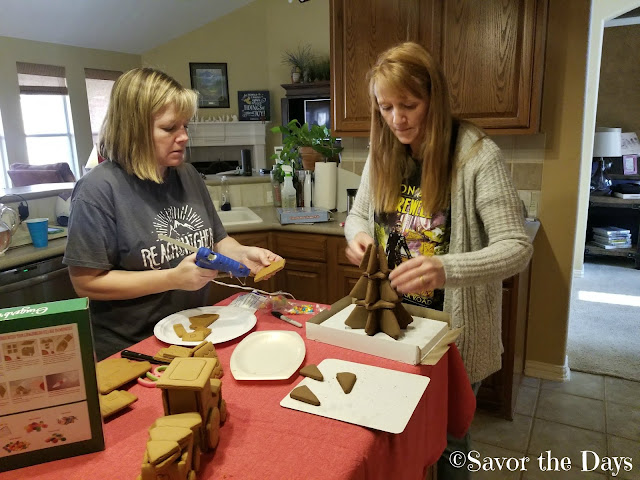 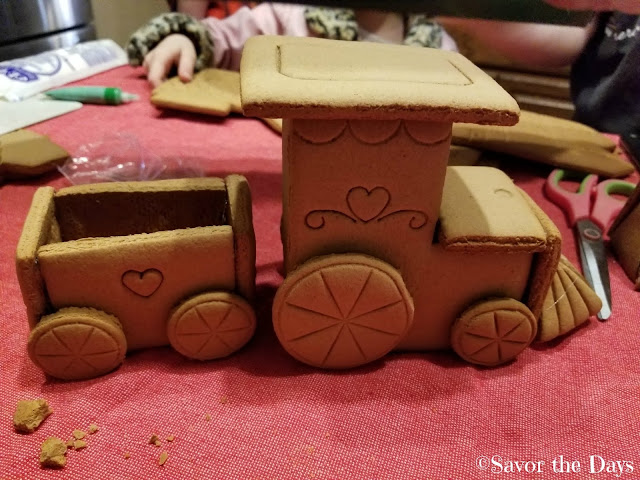 They also had graham crackers and other cookies and candies in case friends wanted to just make their own crazy creations. 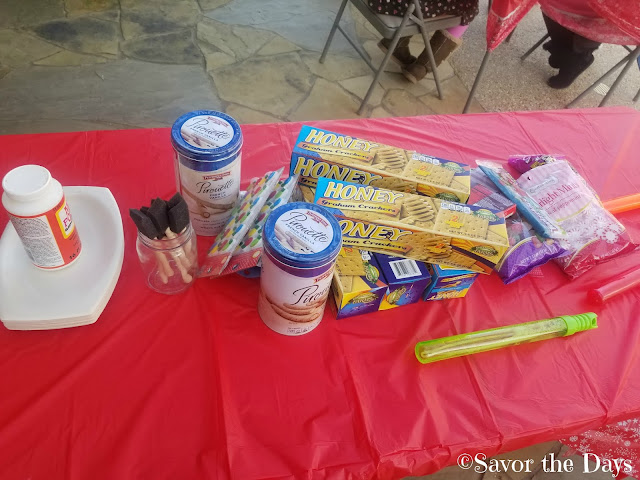 Nicholas assessed his house and the candy options and then decided on the best way to proceed.  He often takes his time with decorating gingerbread houses.  Last year, he enjoyed some crazy decorating for his house to make it look like a monster! 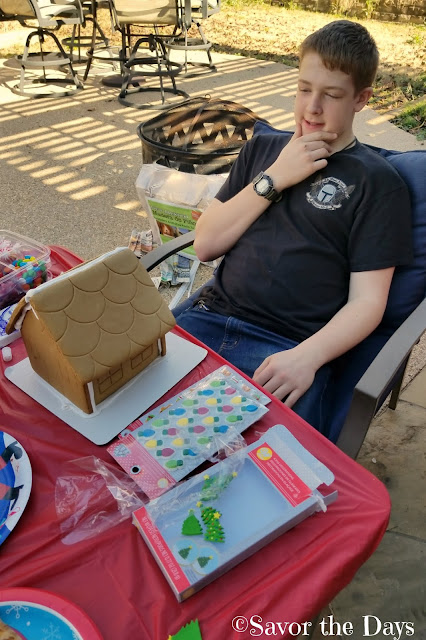 But this year he said he wasn't going to make a monster or anything crazy.  He just wanted to decorate it like a house. 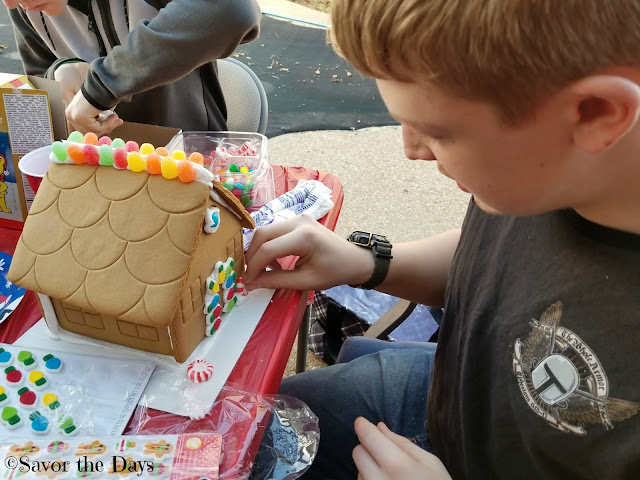 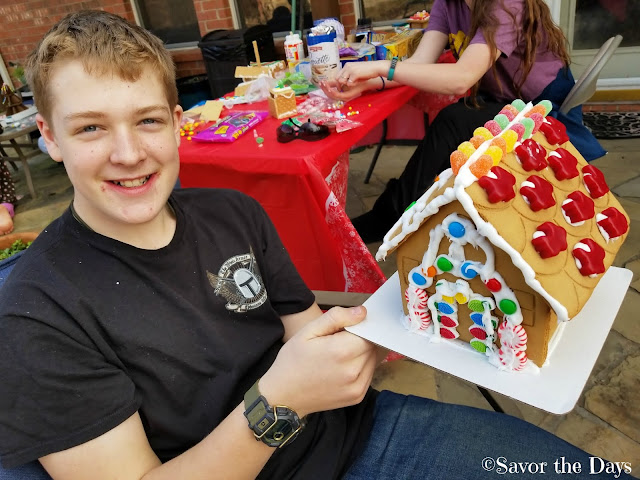 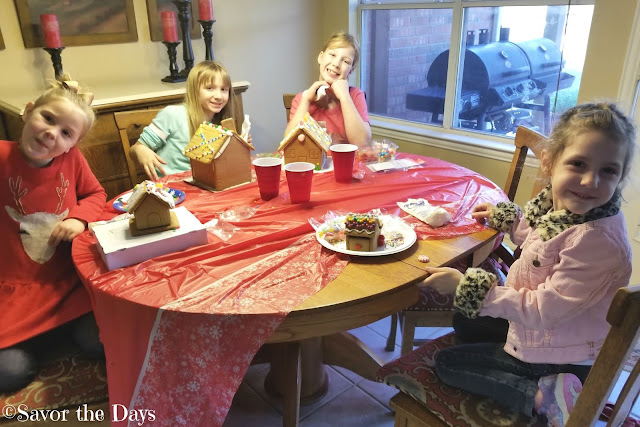 Gingerbread house decorating is serious business for these girls! 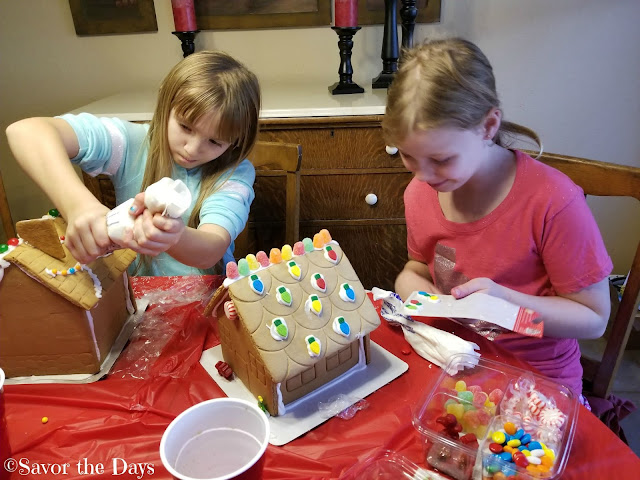 After decorating, everyone enjoyed pizza and fellowship with friends. 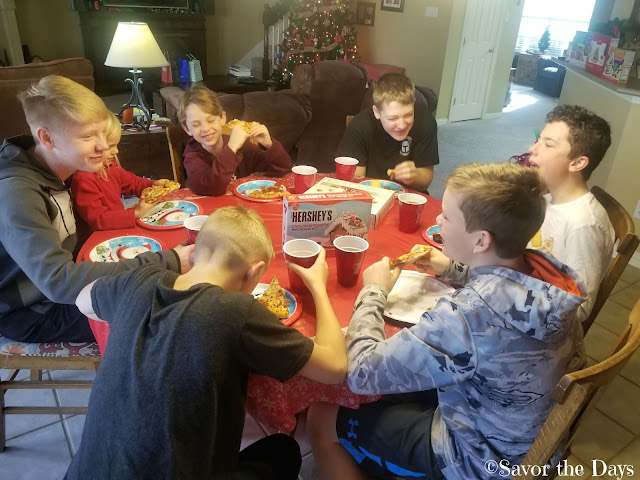 Finally, the kids had fun with an ornament exchange.  Everyone brings a wrapped Christmas ornament and they play a white elephant game to see which one each child gets to keep. 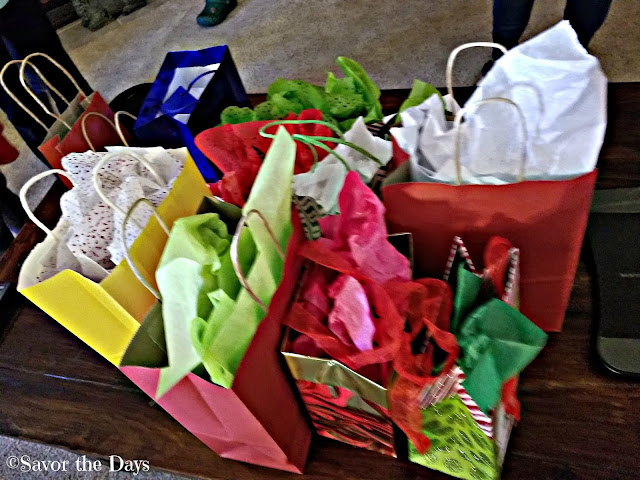 Nicholas ended up with a silly dog with a bow. 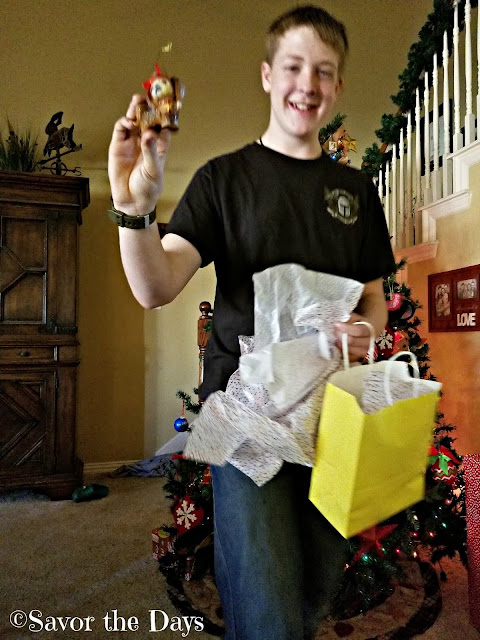 Rachel was even less excited than Nicholas because her ornament was Superman.  And no, Nicholas did not want to trade with her.  He is a Batman fan all the way so he didn't want anything to do with Superman.  Silly kids! 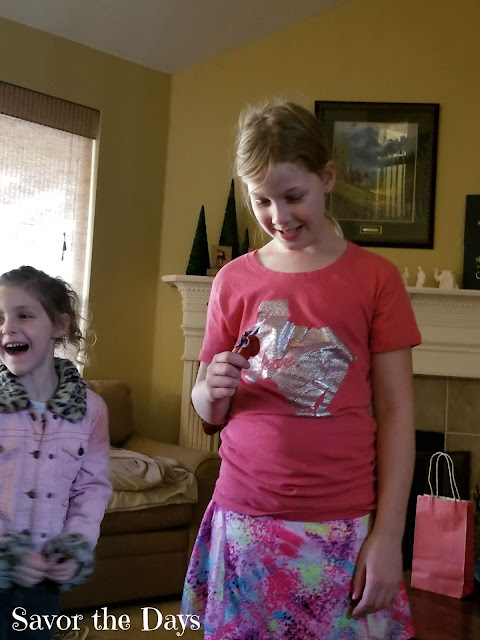