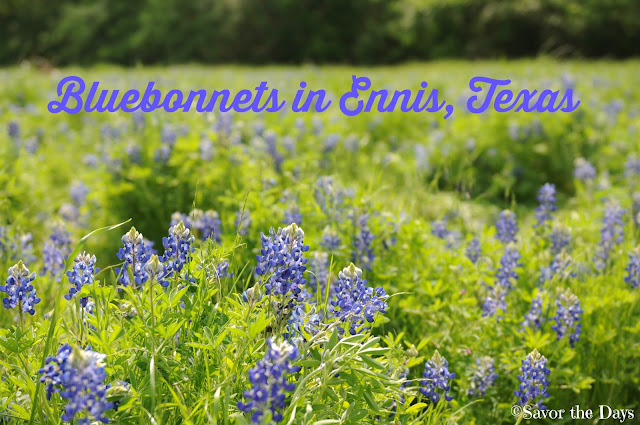 We took a wonderful family field trip to Ennis, Texas this weekend.  Ennis is the official "Bluebonnet City of Texas".  They even have maps for bluebonnet driving trails to help you find the best bluebonnets around.  But I'd recommend going during a weekday so you don't have quite as many crowds stopped along the road. 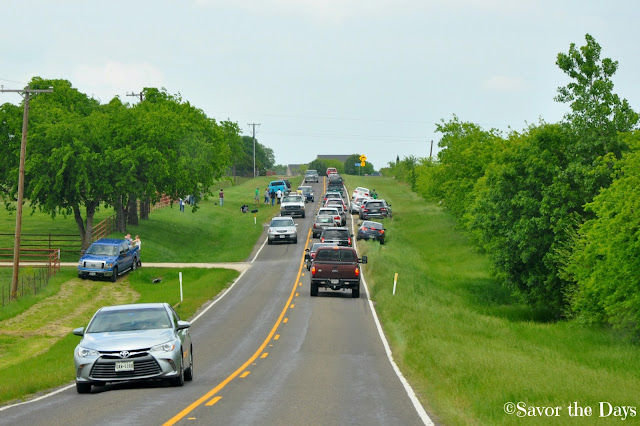 This first stop on the trail map was actually to visit with some beautiful Belgium Horses. 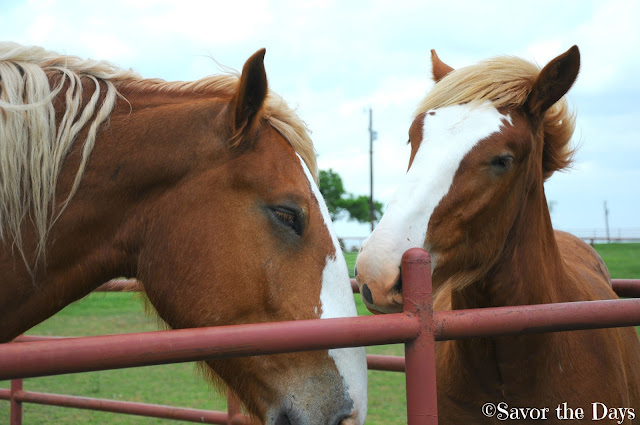 There were very friendly and hanging out right at the fence to get petted. 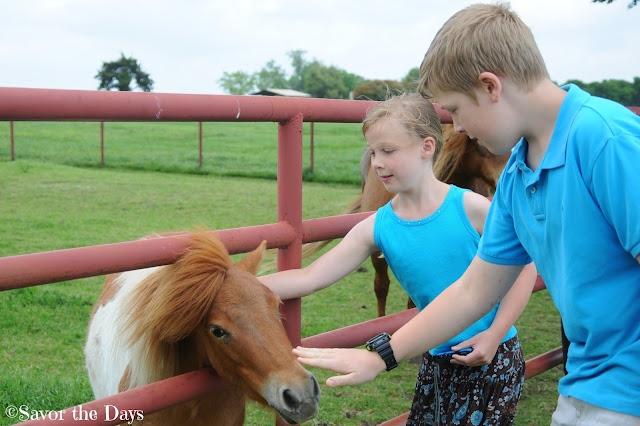 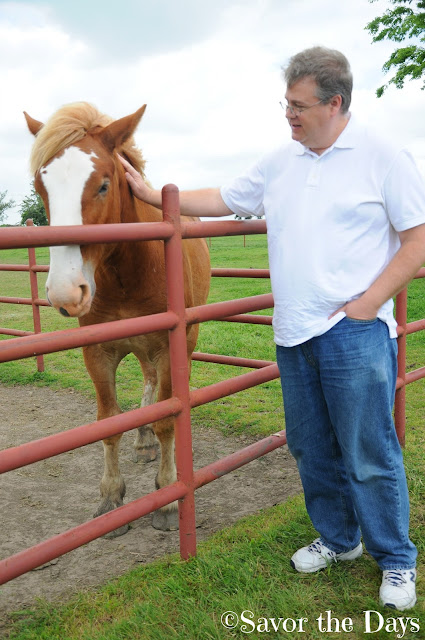 The kids discovered that they could feed the horses with weeds they picked.  That was a big hit! 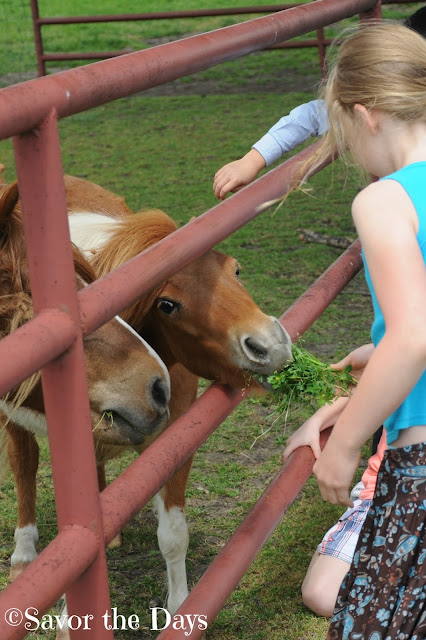 Rachel was just giddy that the little horse ate right from her hands! 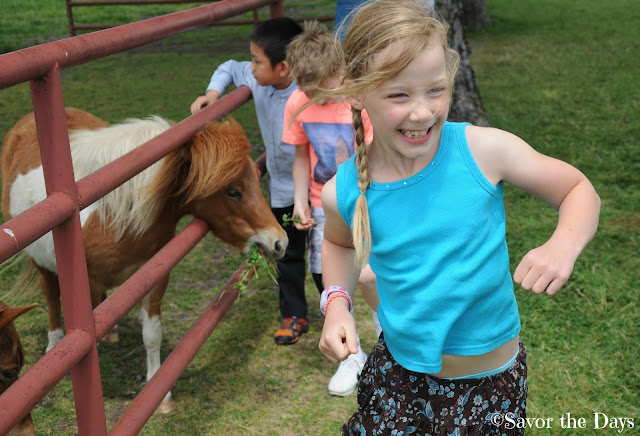 There were so many beautiful wildflowers to be seen along the road. 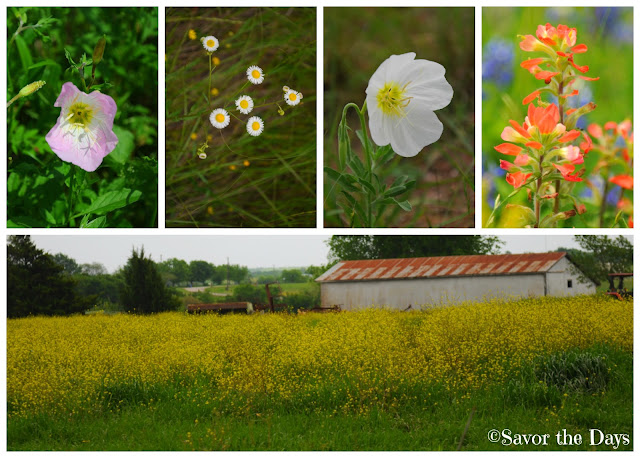 My little photographer had to stop and take some flower pictures herself.  She loves having her camera with her all the time. 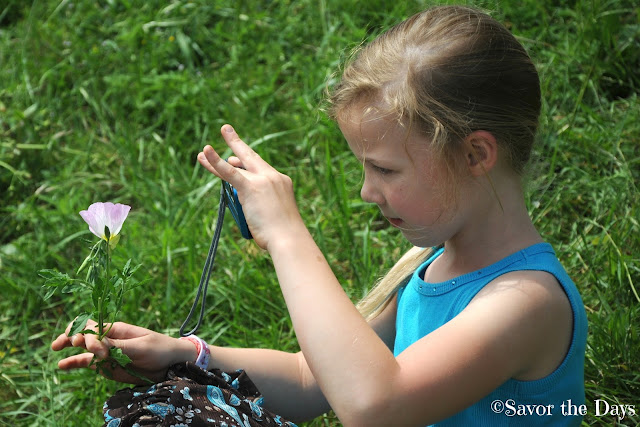 Of course I think she is prettier than the flower :) 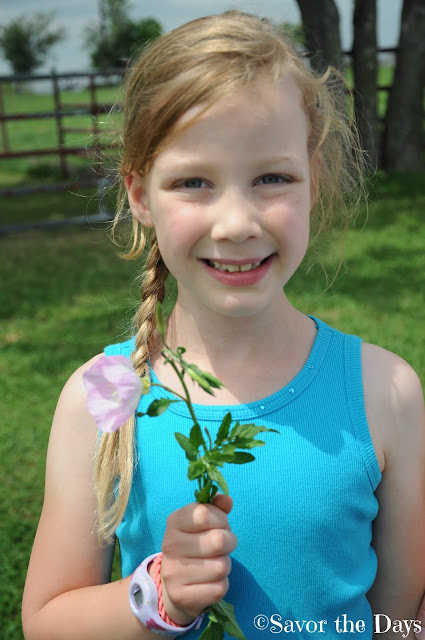 And this handsome young man is about to turn 12 years old tomorrow! 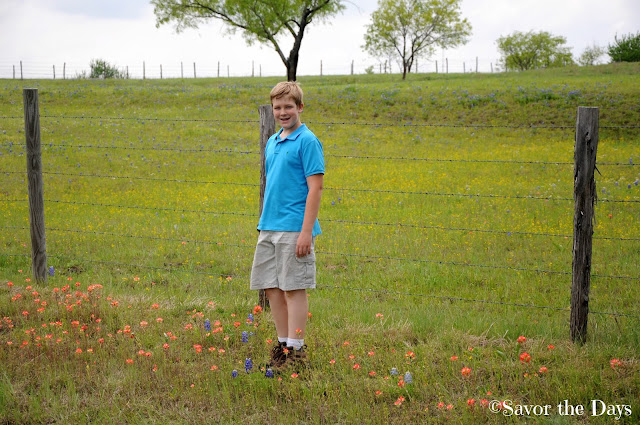 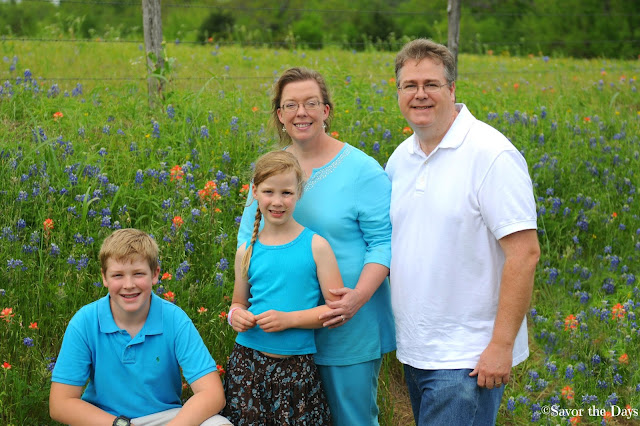 But we were mostly out to get some good pictures of the kids.  But I tell you, it is like herding cats to get good pictures.  They are so easily distracted by the other people around and...."Look at that bug!" 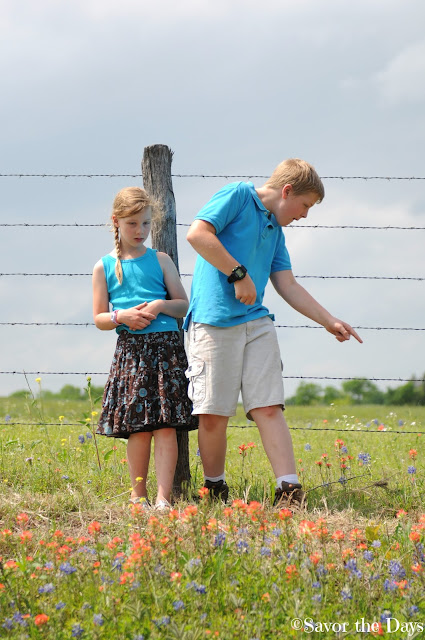 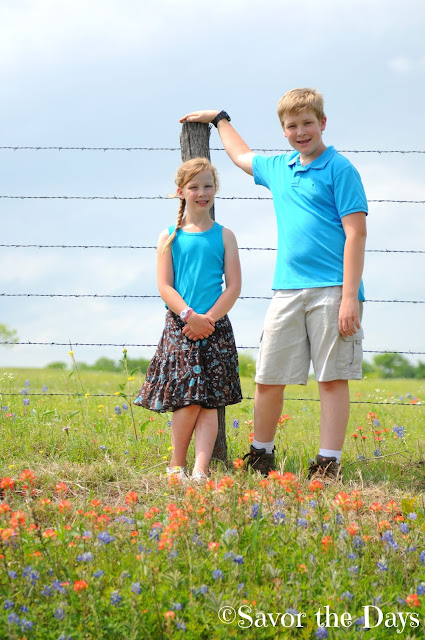 All smiles and flowers 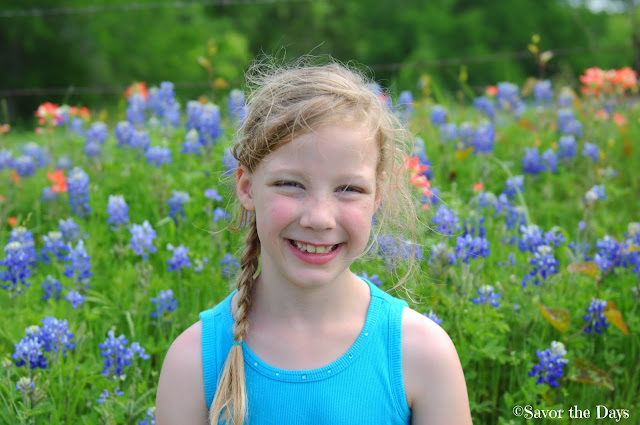 I love these sweet kids more than they will ever know. 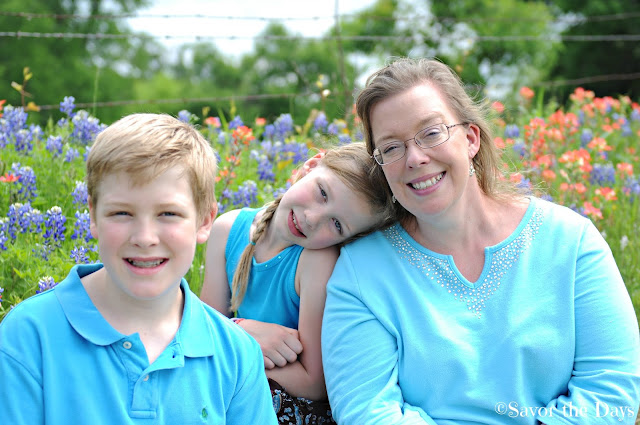 She looks so serious with her camera.  She wants her shot to look just right. 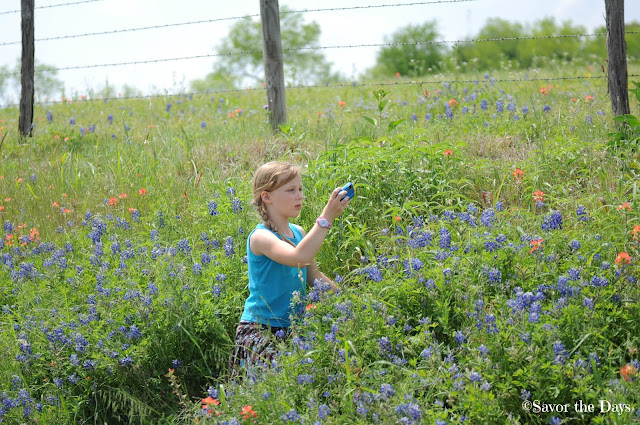 There are some great scenery along the Bluebonnet Trails that just make for some really special pictures like this barn and windmill.  I love the old green truck in the background too! 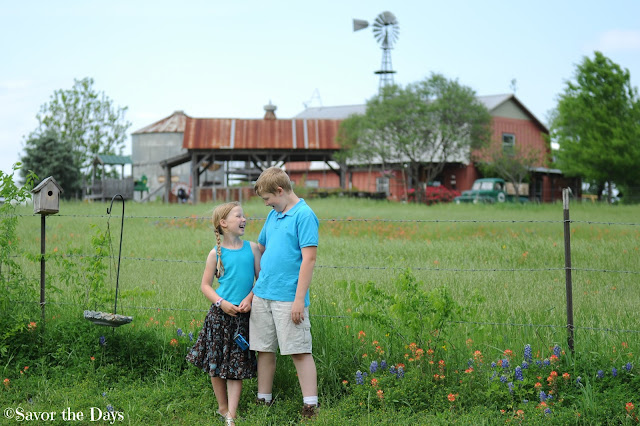 There were several stops with cows and longhorns sitting around in the wildflowers. 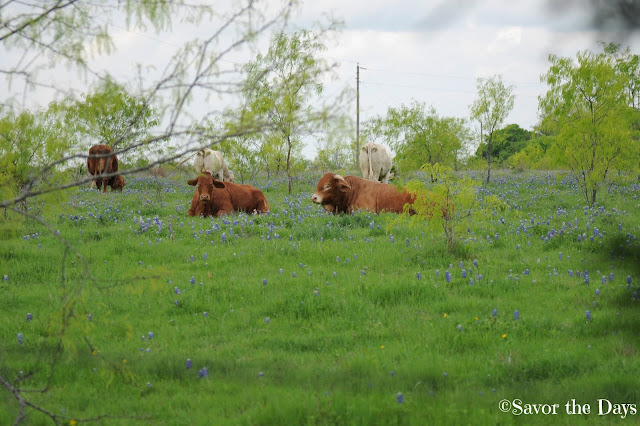 There were fields blanketed with beautiful bluebonnets.  It was hard at times getting pictures without other people in the background but that is why God created photo cropping. 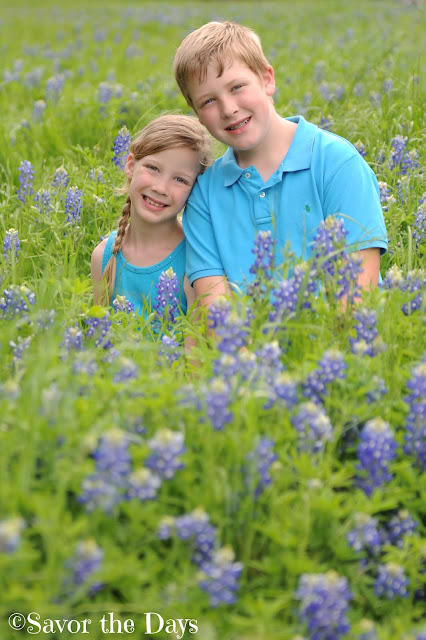 Nicholas took a picture of us in the bluebonnets too! 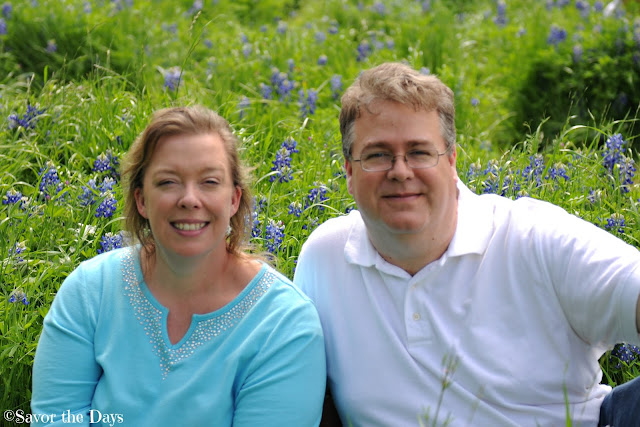 I love this sweet picture of Rachel as she was twirling and dancing in the field of flowers. 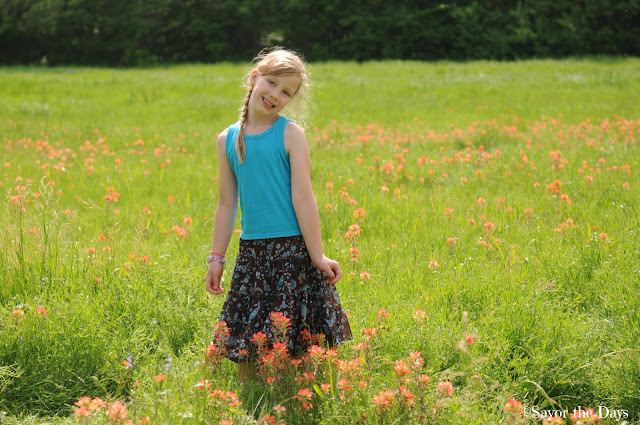 This part of Texas is beautiful.  I love the country feel and wide open spaces.  Of course, fields of yellow wildflowers are nice too. 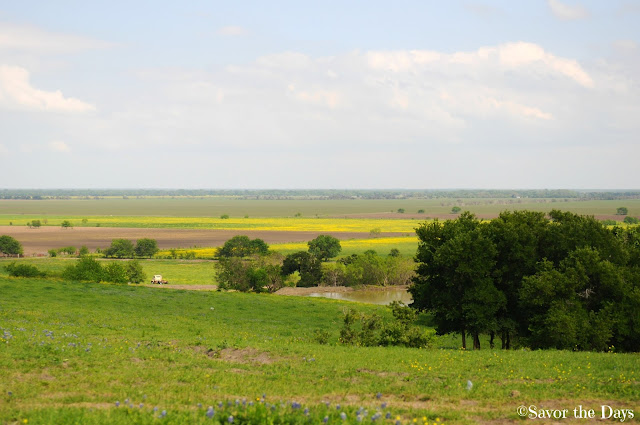 There were several designated stops along the bluebonnet map that were private residences.  It was amazing that they allowed hoards of people to just walk through their front yard taking pictures! 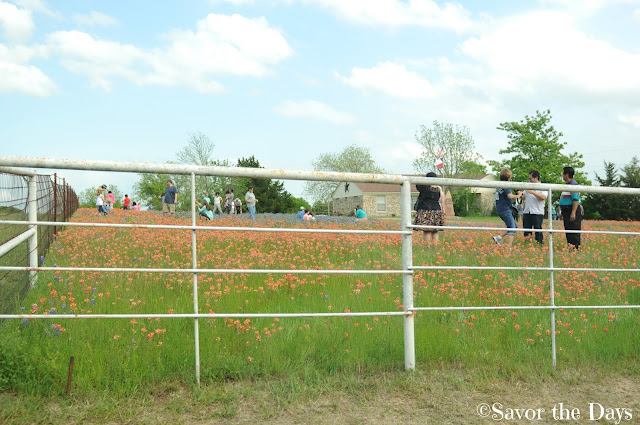 This house had some really beautiful flowers.  My kids were getting tired by now though so their smiles were starting to wane.  Note for next time, brings snacks and drinks along on the ride! 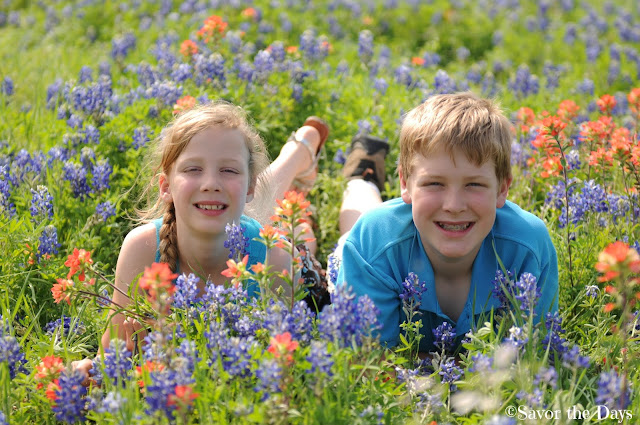 We spent several hours on the Bluebonnet trail and only made it through about half of the entire trail.  There was also a Bluebonnet Festival that we had planned to go to.  But we were starving and tired and decided to try this hole in the wall place for dinner.  The ordering process was a little strange but they have some great food. 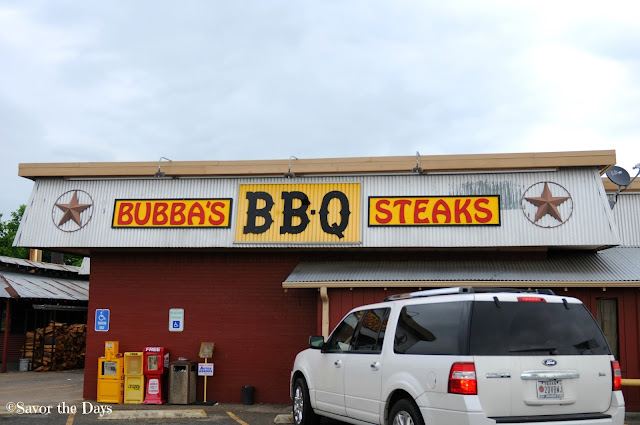 Ennis, Texas is located just a little south of Dallas.  Check out their website for updates on bluebonnet blooms as well as info on how to take good bluebonnet pictures.
at April 17, 2016
Email ThisBlogThis!Share to TwitterShare to FacebookShare to Pinterest
Labels: bluebonnets, family, field trip, Nature, Nicholas, Rachel