Nicholas wanted to celebrate his 11th birthday at Urban Air Trampoline Park in Southlake.  It's a fun place with wall-to-wall trampolines, a foam pit, and a brand new Warrior Obstacle Course.  The kids wanted to try the obstacle course first! 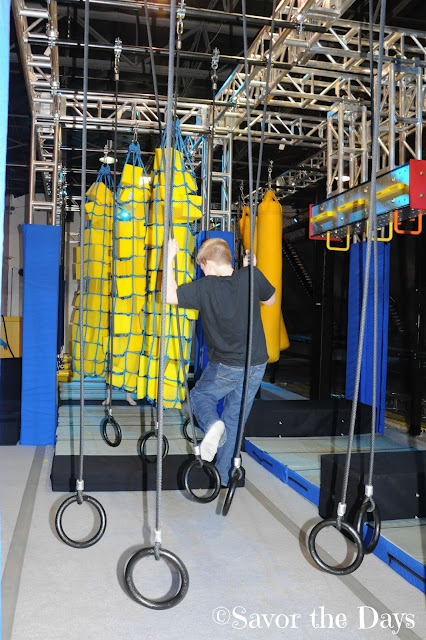 Rachel insisted on wearing her red velvet Christmas dress to the party because she wanted to dress up for Nicholas' party.  It may have hindered a little on the obstacle course but it certainly didn't stop her. 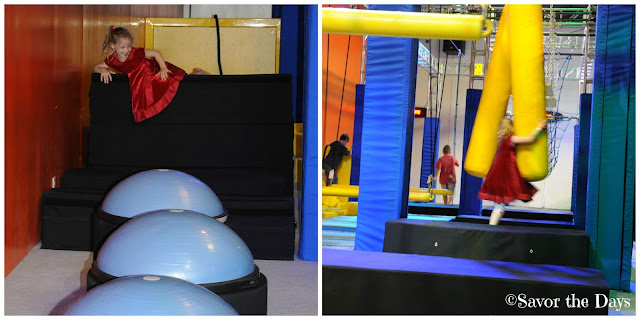 Here's my boy doing a flip on the trampolines.  My heart skips a beat! 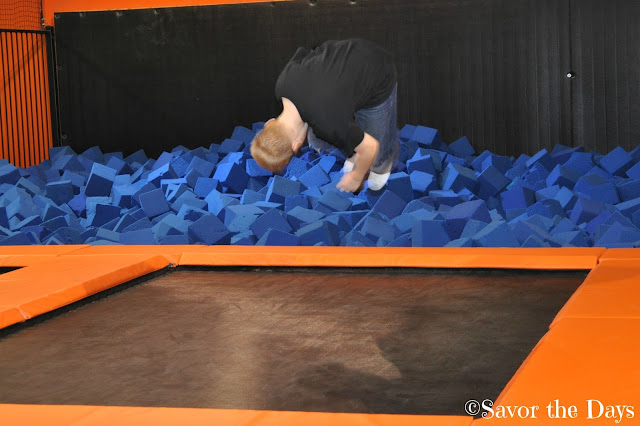 We told Rachel she could wear the party dress but pointed out that there would be lots of jumping around and she really should wear pants instead.  So what did she do?  She put pants on underneath her party dress!  But soon she realized that the dress was too much of a hinderance and fortunately Mommy had planned on that and had a change of clothes for her. Nicholas loves trampolines!  He had so much fun! 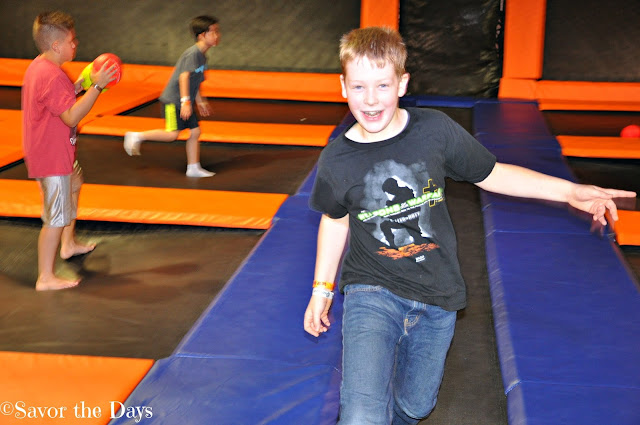 There is even a Dodgeball court where teams face each other and throw balls trying to get the other team "out".   Nicholas enjoyed running across the center aisle teasing the other team to knock him out. 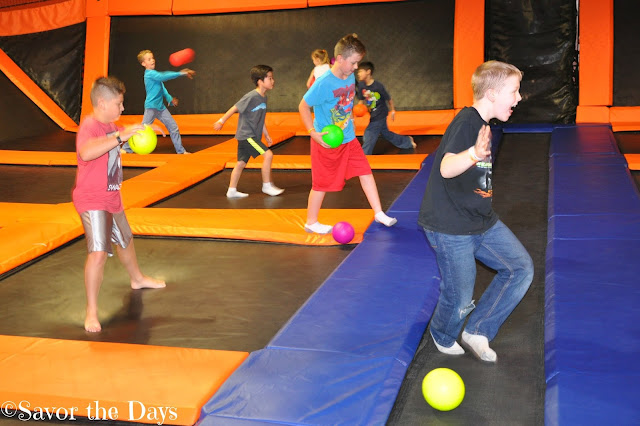 As much fun as he was having, there were several times that I caught Nicholas just sitting still for a few minutes.  I checked with him and he said his asthma made it hard to breathe if he bounced around too much.  That made me sad to see that he couldn't do everything he wanted to do because of a medical problem. 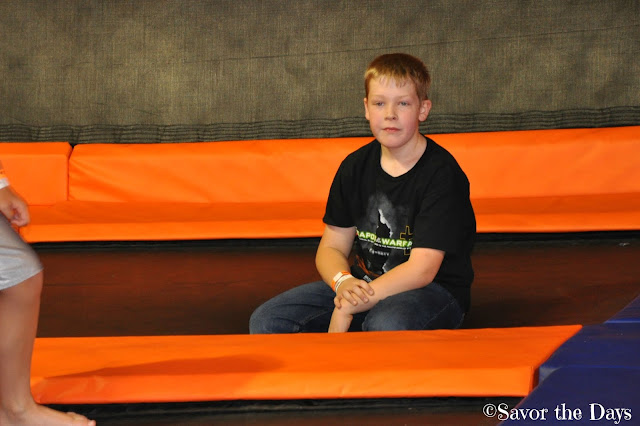 Everyone had worked up a good sweat so we took a break for cake! 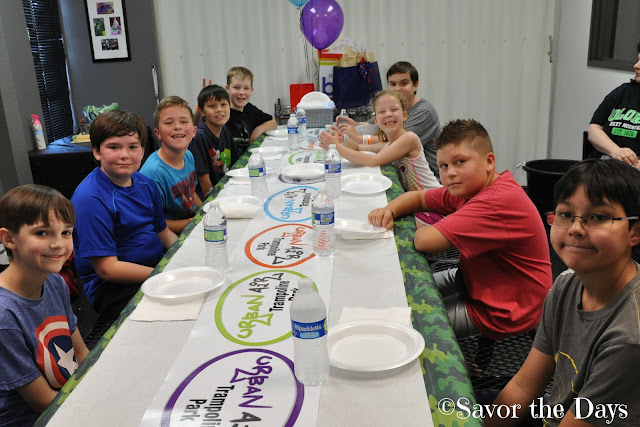 Nicholas designed the cake himself and we had a Casa Linda Bakery make it for us.  He gave them a picture of what he wanted it to look like - sand with some greenery and rocks.  Then we found the little fighting guys to stick on it.  He said it is the best cake he's ever had! 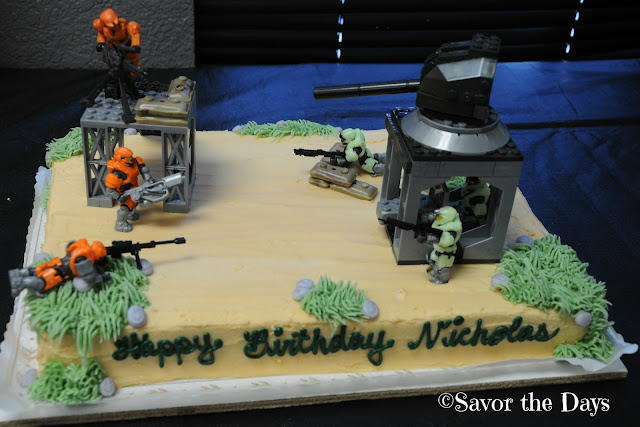 Make a wish!  I personally wish for this young man to grow to be healthy and strong, to keep Jesus in his heart, find his passion in life, and fall in love with a Christ-loving girl. 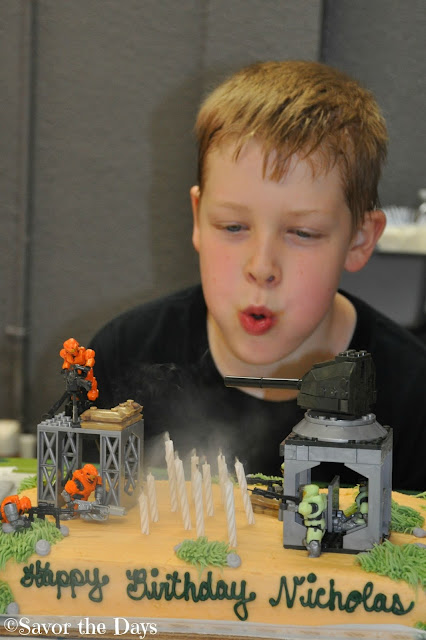 There were lots of presents to open... 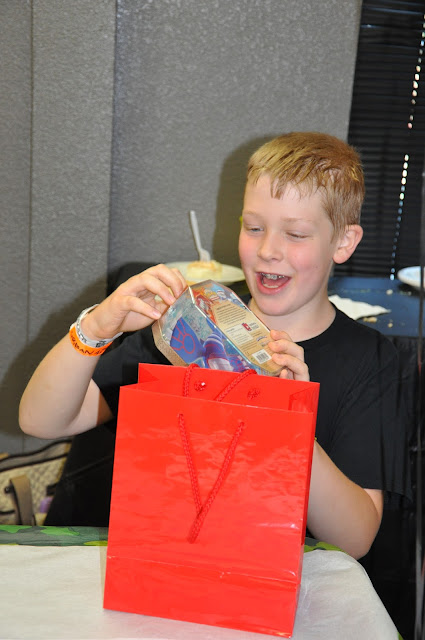 He loves everything Pokemon, Minecraft, and Halo Mega Blocks. 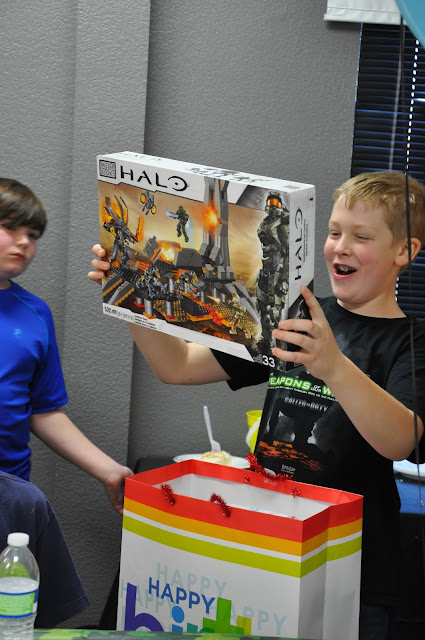 Back to the trampolines and dodgeball! 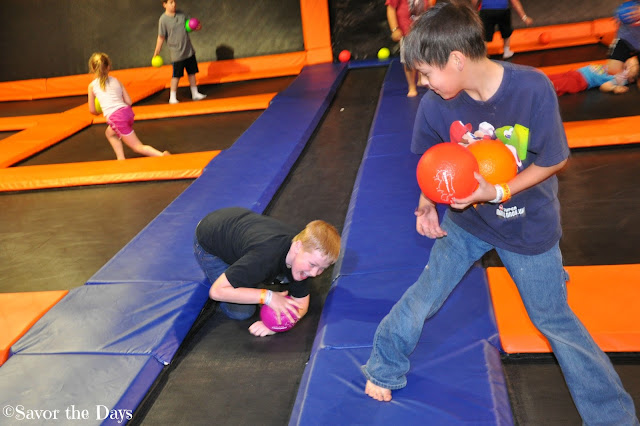 Rachel didn't really follow the rules of dodgeball but she had a lot of fun running all around the court! 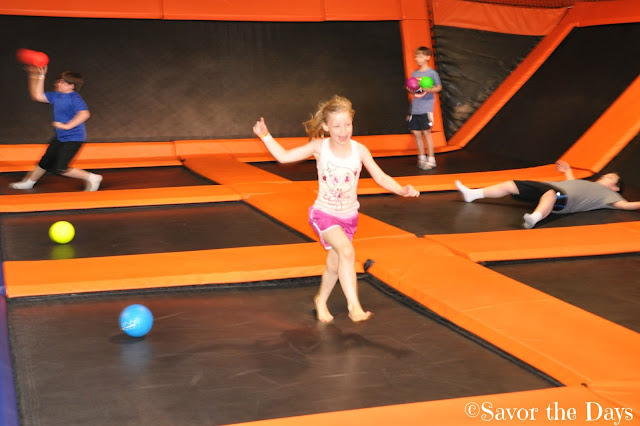 Everyone had a great time and no one got hurt!  Happy Birthday sweet Nicholas!

at May 02, 2015
Email ThisBlogThis!Share to TwitterShare to FacebookShare to Pinterest
Labels: birthday, Nicholas, Rachel