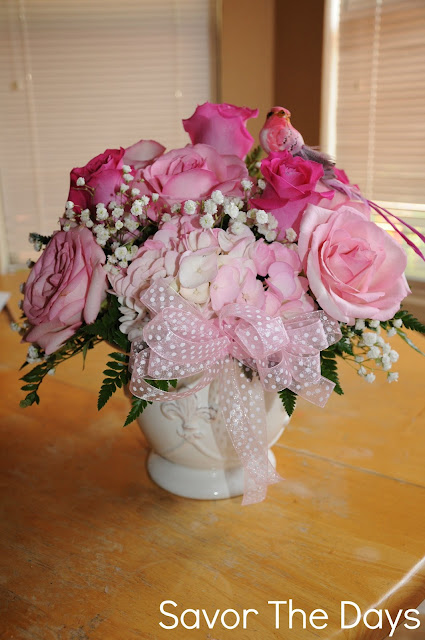 As we were looking at the the bouquet that Rachel received from Grandmother and Grandfather C., Rachel pointed to the light pink roses and said that they were just like the flowers we have in our front yard. I pointed to the dark pink roses and explained that they were still roses even though they were a different color. Then I also told her the names of the Baby's Breath and Hydrangea.

I remembered hearing that the blooms of a hydrangea plant are different colors based on the acidity of the soil that it grows in. I think acidic soil produces blue flowers and alkaline soil produces pink flowers. 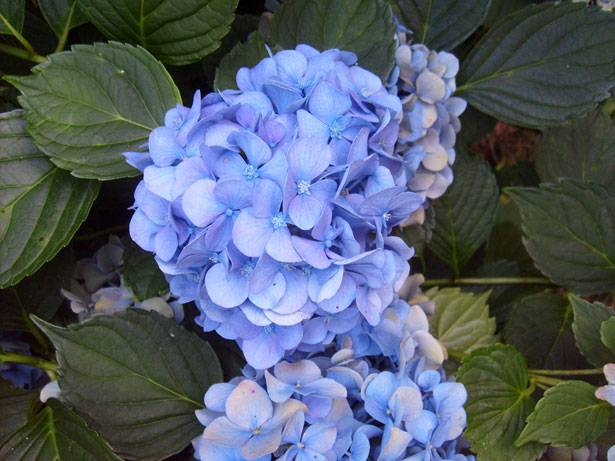 Nicholas was fascinated with this concept. He wondered what would happen to the bloom color is a plant grew with half of the roots in acidic soil and half of the roots in alkaline soil. His theory was that the flowers on one side would be pink and the other side would be blue. Great hypothesis! We discussed how the flowers might all be the same color on the plant but not entirely pink and not entirely blue...maybe more of a lavender blend of the pink and blue. We talked some about the challenges of running an experiment like this.

But most importantly, we told Nicholas how cool it is that he thought of an experiment like this and developed his own hypothesis.
at May 19, 2013
Email ThisBlogThis!Share to TwitterShare to FacebookShare to Pinterest
Labels: at home, Nicholas