Stuart won 2 tickets to a Dallas Cowboys game!  The only problem is that the game was today, a Sunday, and Adventure Kids, our drop in child care place, isn't open on Sunday.  Fortunately, we finally have a babysitter that we can use.  So with the kids taken care of, we headed out to the game.

I've only been to one Cowboys game in my life before this one and it was in the old stadium.  The new stadium is quite impressive.  That is, once we finally reached the stadium after our mile-long hike from the parking lot. 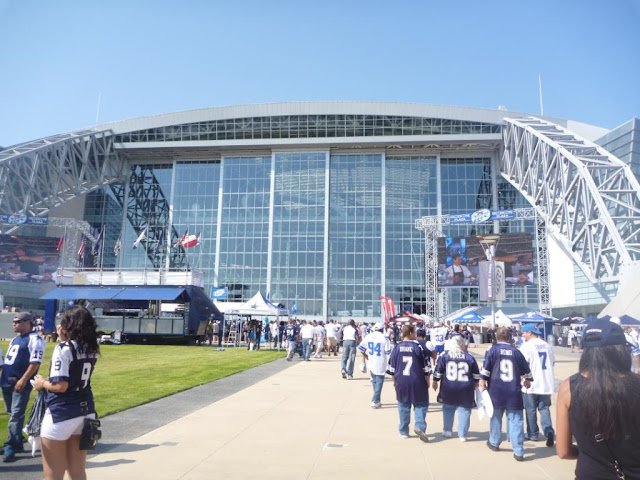 This was a shot on our way to find our seats.  There was a whole display here of Ford vehicles....several floors up in the stadium.  How did they get those cars and trucks up there?  The people lined up in the background are looking down at the field.  It was a bit overwhelming at first.  There was just so much going on and a lot to soak in. 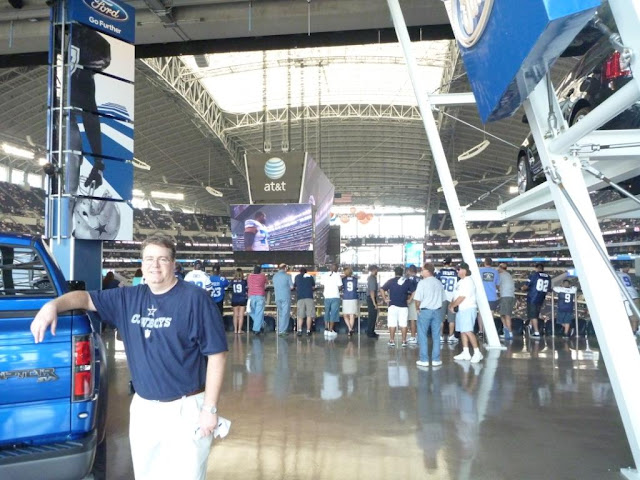 See the big brown building in the distance?  That's the Rangers Ballpark.  We parked way back behind that.  Trust me, it's farther away on foot than it looks. 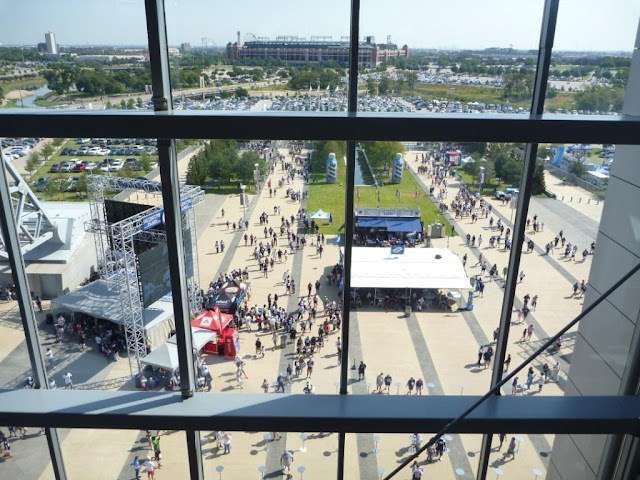 It was neat seeing the Pepsi logo hanging above. 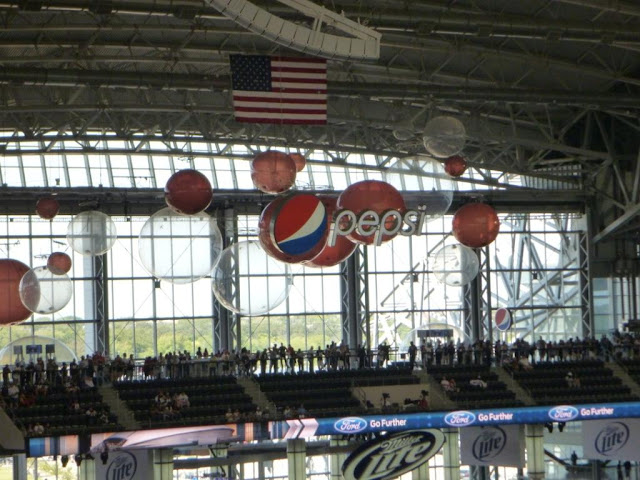 The Cowboys played the Tampa Bay Buccaneers.  Our seats were incredible.  They were practically on the 50 yard line and although they were high in the stands, the big screen made it seem like we were sitting on the field.  That is one obscenely large screen. 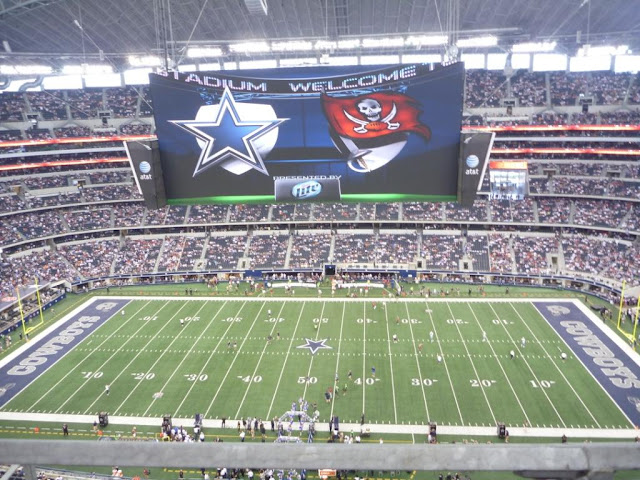 Here is the view from our seats.  Not bad but we did look at that screen a lot...of course, how could you help it?  It's almost as big as the field itself! 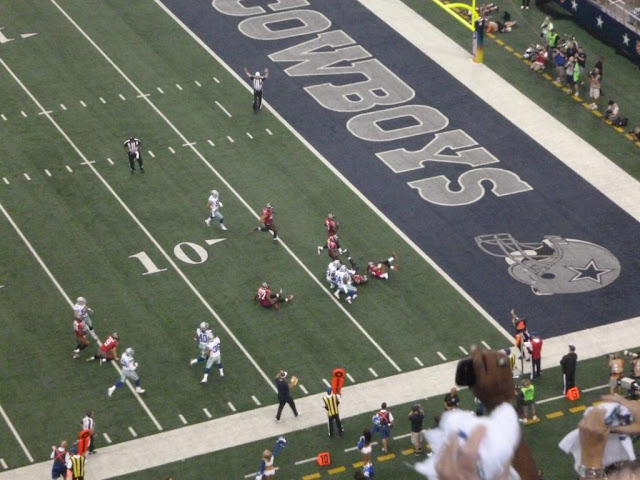 The Cowboys won!  16-10.  Yay!
at September 24, 2012
Email ThisBlogThis!Share to TwitterShare to FacebookShare to Pinterest
Labels: date with hubby