Welcome to the Worldview Historical Ball 2020 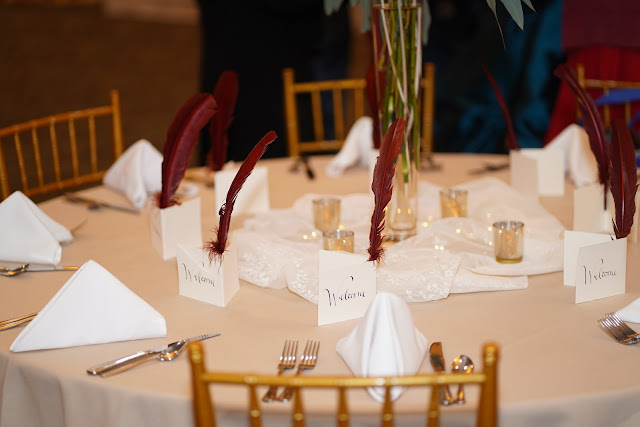 Nicholas has been enjoying his homeschool Worldview Class.  The class meets once a week for 3 hours and then the students have a heavy workload at home.  The program teaches core History, English (literature & composition), Bible, Speech, and Debate.

They also meet for an additional hour and a half each week to learn ballroom dancing.  The highlight of the year is the annual Worldview Historical Ball which takes place at a ballroom at a local hotel and includes a formal dinner.  This year's theme was a Victorian Masquerade Ball taking place in London at Buckingham Palace between the years 1860 and 1899.  Each student was required to research and recreate a historical character that actually lived during this time period and could have possibly attended the Ball. The character had to be between the ages of 15 and 90 at the time of the Ball. All students had to research a character and write a one-page biography of their character that included an explanation as to why they chose the character.

Nicholas has been enjoying learning about electrical engineering so he chose Michael Faraday, the father of electricity, as his character. 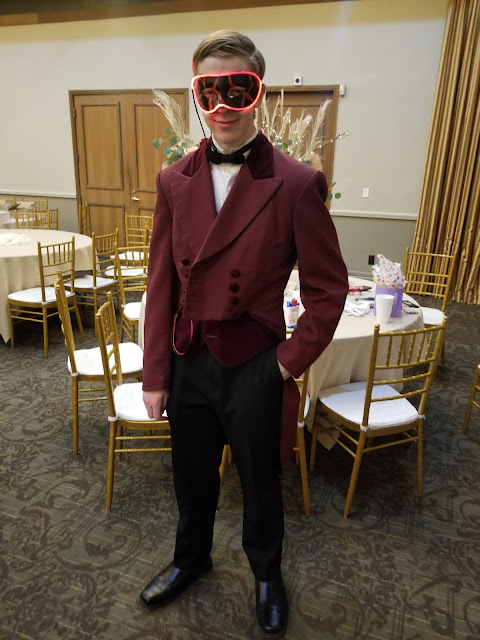 We rented his costume but he created his mask.  He painted it and added LED lights to it.  He has a controller that let him turn the light feature on or off.  He really enjoyed working on it and I think it turned out great. 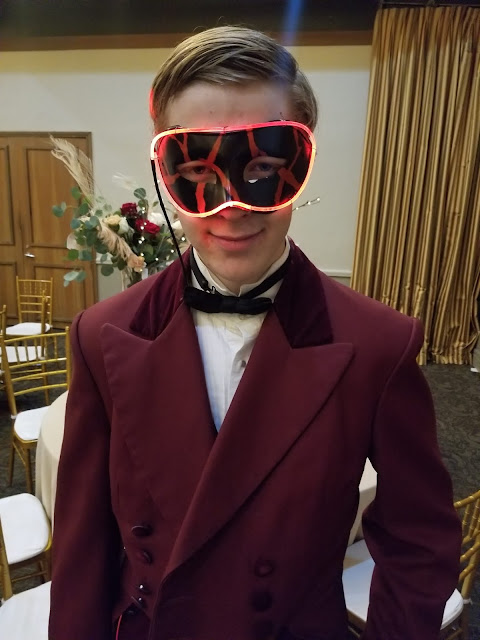 The following pictures are not my own.  I'm sorry I do not know the name of the photographer to give them credit.
The kids just love their Worldview teacher, Mr. Tillman, and his wife who assists with grading and administrative aspects of the class.  The Tillmans are very passionate about teaching and although their class is very challenging they still make it fun and exciting for the students. They put their hearts into the class and especially the ball. 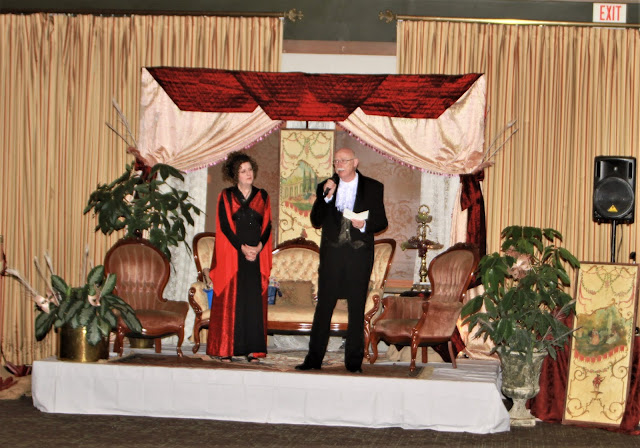 Over the year, the students have been learning basic ballroom dances like Waltz, Foxtrot, East Coast and West Coast Swing.  They have also learned some Basic Latin dances like the Cha Cha, American Tango, and Rumba as well as English Country, Folk, and Period Dances, and a little Texas Two Step. 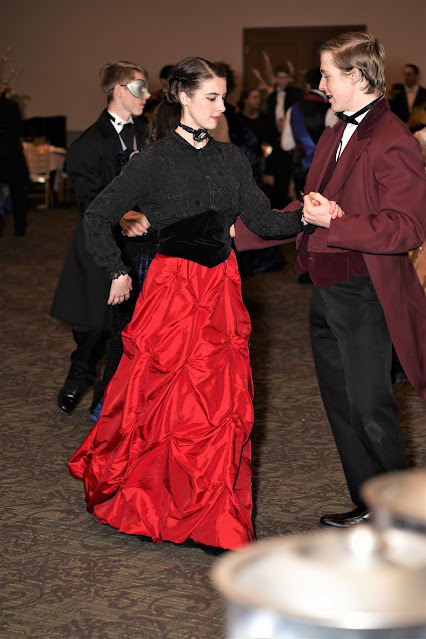 At the ball, the students receive a dance card which assigns them to particular partners for certain dances. 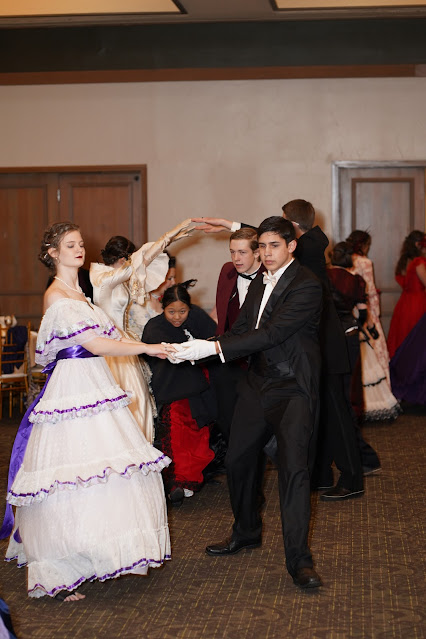 After they completed their dance card they were able to choose their own partners to dance with. 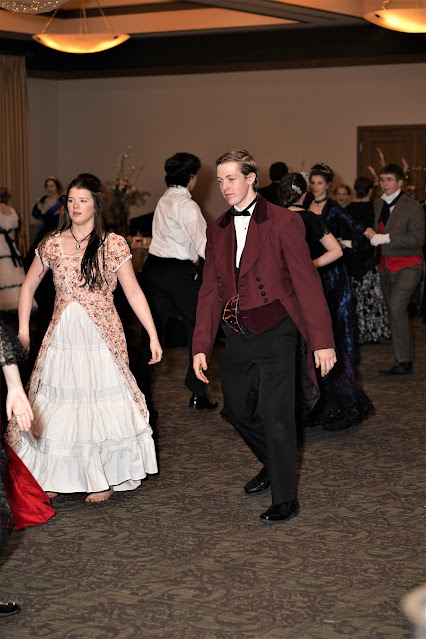 Nicholas was not particularly excited about learning ballroom dancing but after just a few lessons he was hooked and he really enjoys it now. 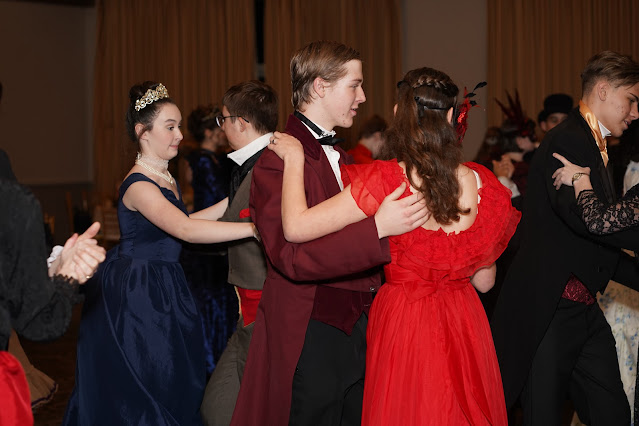 It helps that he has a lot of friends taking ballroom dancing lessons too. 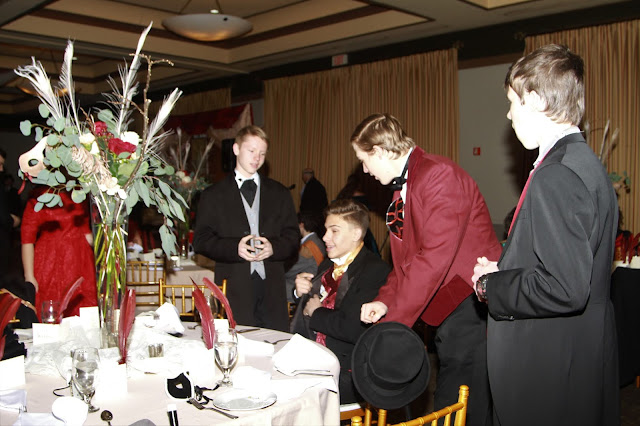 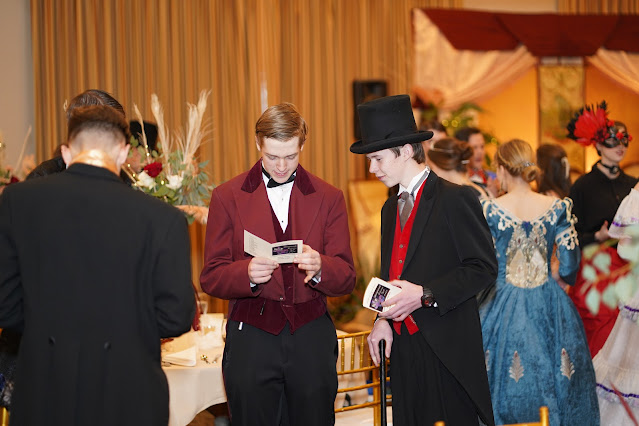 The seniors in the class always do some kind of prank at the ball.  This year there were a few seniors who disappeared for a while then reappeared in dinosaur costumes.  It's funny watching a T-Rex try to dance. 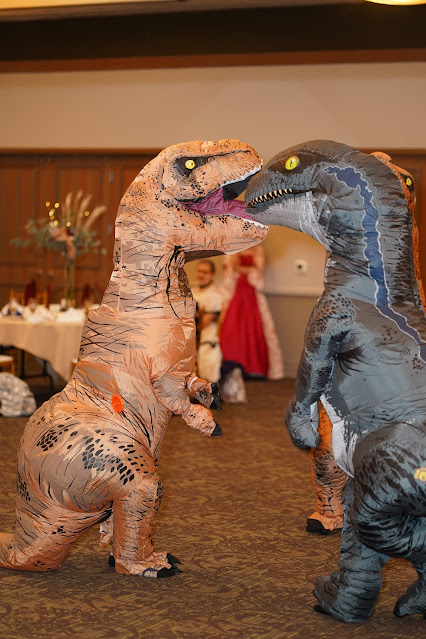 Here are some of the posed pictures. Again, these are not my pictures. 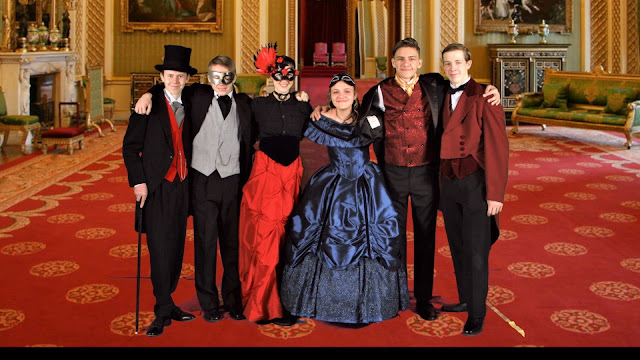 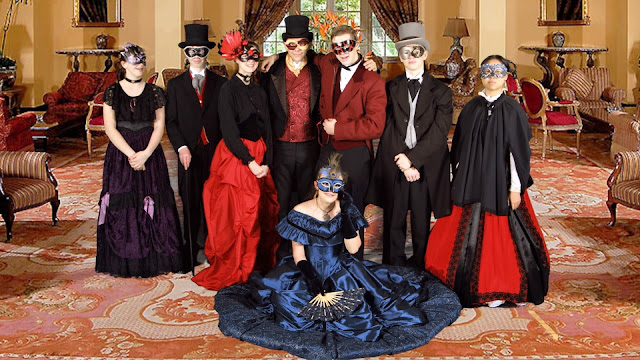 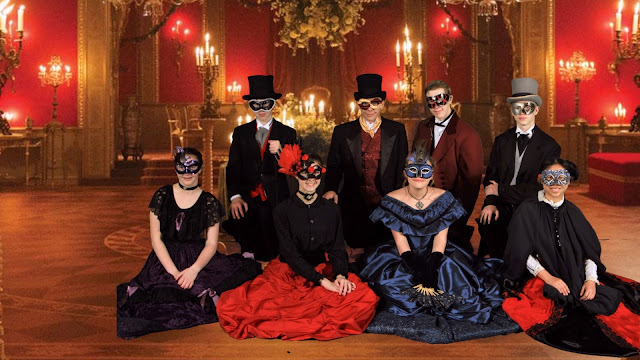 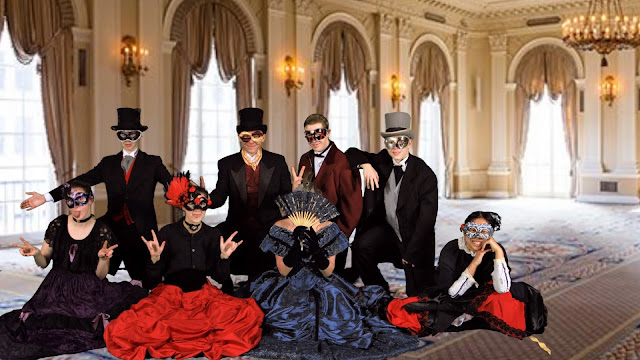 Next year's ball theme will be Greco-Roman.  Nicholas loves ancient mythology so I know he will have fun working on a costume for that one.

at February 08, 2020
Email ThisBlogThis!Share to TwitterShare to FacebookShare to Pinterest
Labels: friends, homeschool