Only in Our House

We left the house at 2:00 to head to our weekly park outing with friends.  We came home around 4:30. Nicholas walked into the kitchen and calmly said, "Um, Mom.  The cabinet is on the floor."  I thought surely I misunderstood him.  But no. 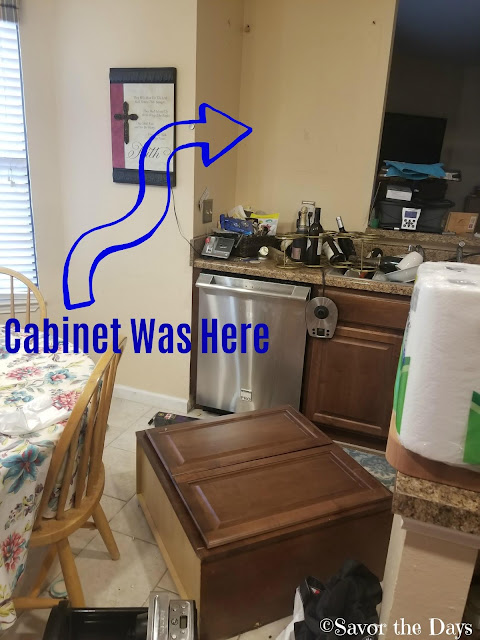 Only in our house could a kitchen cabinet just decide to fall off the wall.  I can't access most of my pictures to find a good one of the cabinet's original position but I was able to find this silly picture with the cabinet in the background. 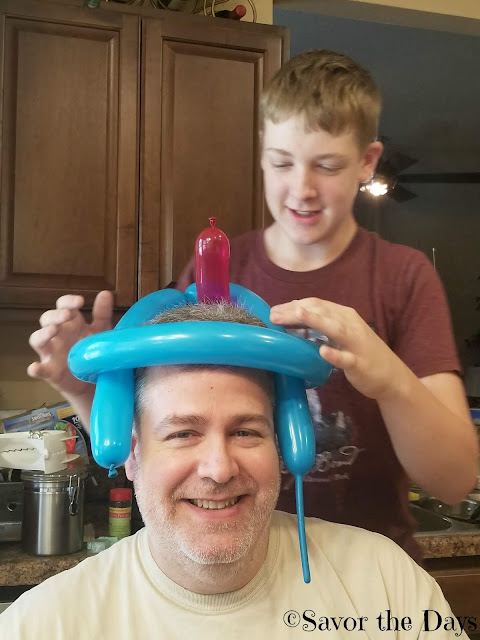 It didn't have a lot of weight in it.  It was mostly our food storage containers, some coffee and tea, and our vitamins.  On top of the cabinet was a wine rack which held a few bottles of wine.

How could this have happened?  These cabinets were installed in 2014 as part of the restoration after our Great Flood.  We used a general contractor to do the work and we haven't had many issues with the work that was done.  However, as I looked up at the wall where it had been, I noticed only three screws had been used to hold this cabinet up. 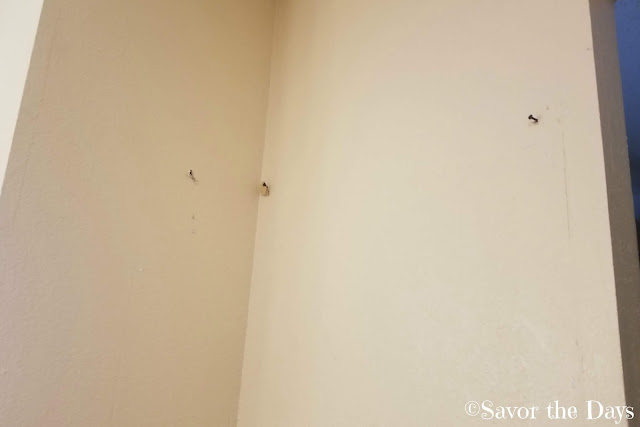 The two screws in the back wall were screwed into studs but they were not the special cabinet screws that should have been used.  The screw on the side wall was just for show because it was just in the sheet rock and not screwed into a stud at all.  That is useless!  There were no screws anywhere else to hold this cabinet up.  I'm amazed it stayed up as long as it did.  Of course, next we questioned the security of the other hanging cabinets but we can see that they at least have screws going into the wall at both the tops and bottoms of them.

So now we will have to buy a replacement cabinet, find time to install it (ha!), and most importantly, buy a new coffee maker and sugar bowl.  *Sigh*
at September 05, 2018
Email ThisBlogThis!Share to TwitterShare to FacebookShare to Pinterest
Labels: at home, house