Nicholas recently had his 12 year old birthday party.  Unfortunately, this was many months after his actual birthday but it was a crazy summer and somehow the party just kept getting pushed back.

But now he has had more time to plan what he wanted to do to celebrate and I think it turned out great.  He wanted a big Nerf war with his friends.  He chose a local park that has some nice trails but also plenty of woods so they could have some "cover". 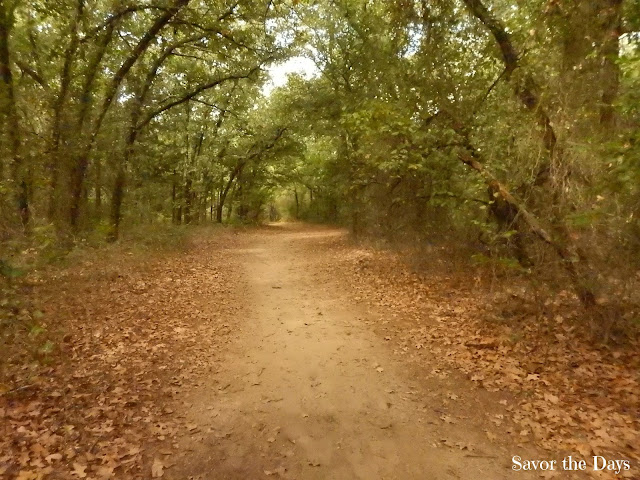 (affiliate link).  They were less expensive than buying real Nerf darts and no one had to worry about bringing their own and losing them in the woods.  Boys brought their own Nerf guns but Nicholas also brought several of his so there were plenty of weapons to choose from.  I picked up some canvas handyman aprons at Home Depot so the boys could have big pockets around their waists to store Nerf darts in. 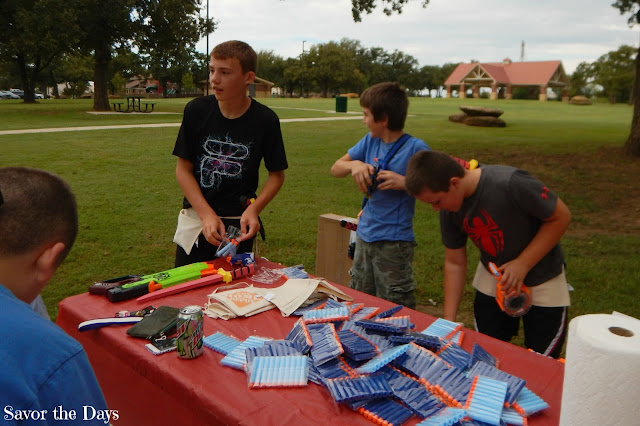 The boys are ready! 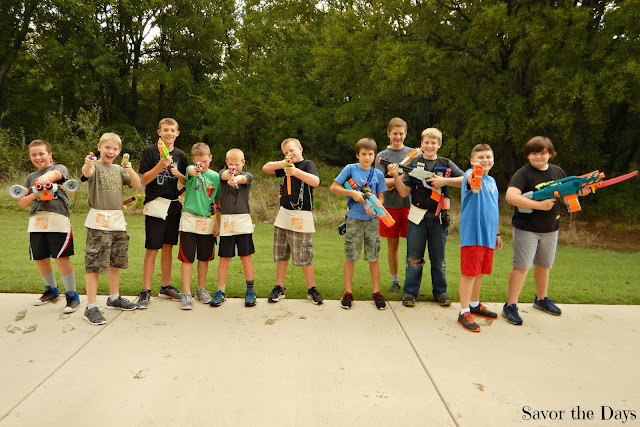 (affiliate link). We use these ourselves for ham radio but they have a walkie talkie mode that let the boys communicate with each other and with us.  The radios were fun for the boys to take turns using but they were also reassurance for us in keeping in touch with everyone out in the woods. 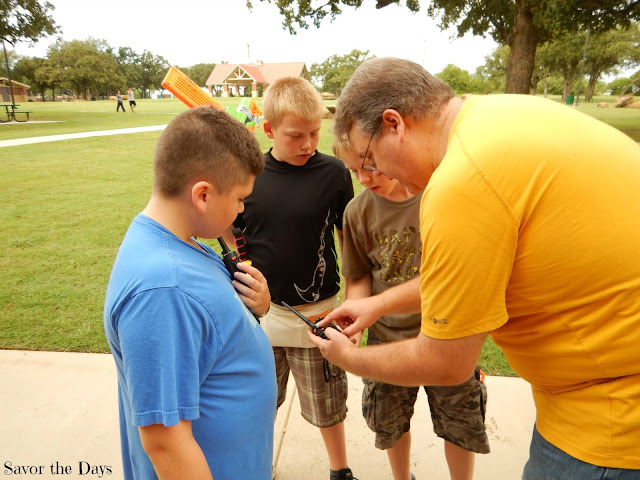 Stuart and I walked around the woods while the boys were playing just to keep an eye on things.  For safety, the boys were supposed to always stay in pairs but sometimes they ran around as a whole team.  It was so much fun watching them and listening to them scheming on how to attack the other team or hearing calls to each other through the woods asking for back up because an enemy team was approaching. 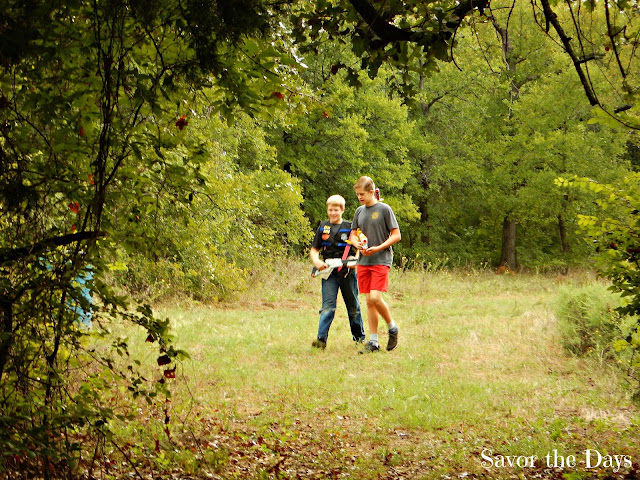 Everyone had a smile on their face, especially Nicholas.  He loves Nerf guns and this was his ultimate birthday party! 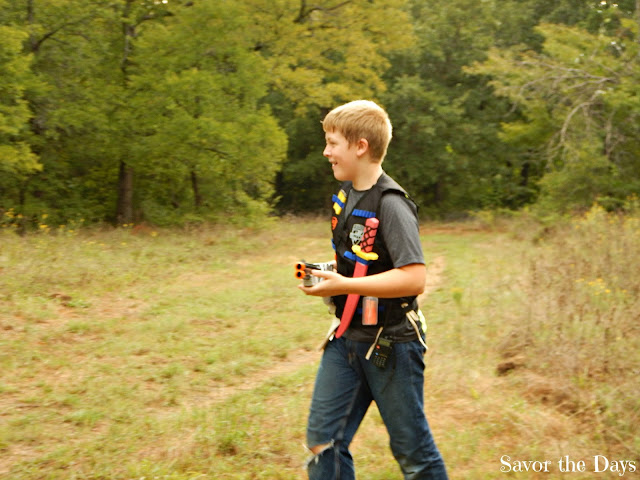 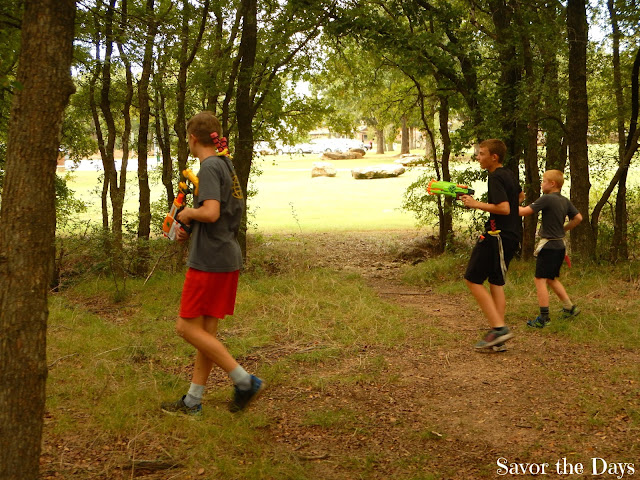 Nicholas had several different games planned and after each game the boys came back to the table to refresh with cold water or restock on Nerf darts. 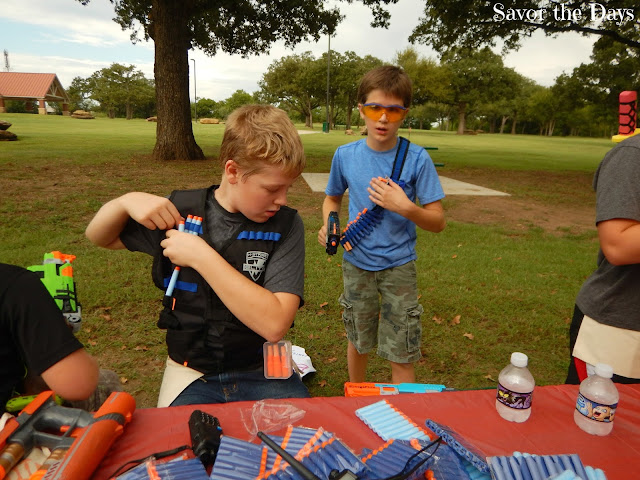 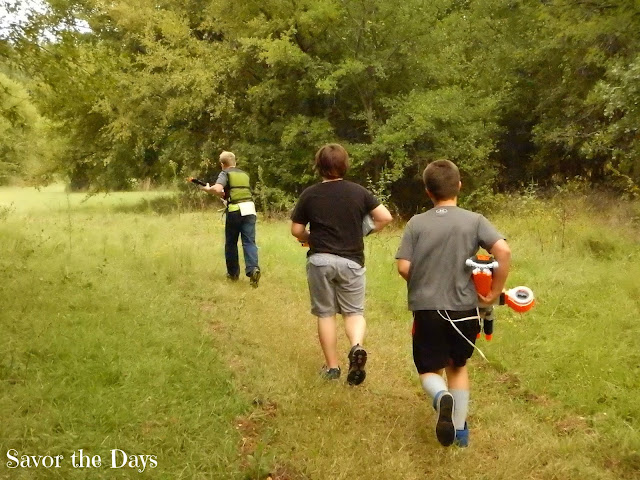 Here's a video snippet of what the battles were like.  These boys had a great time! 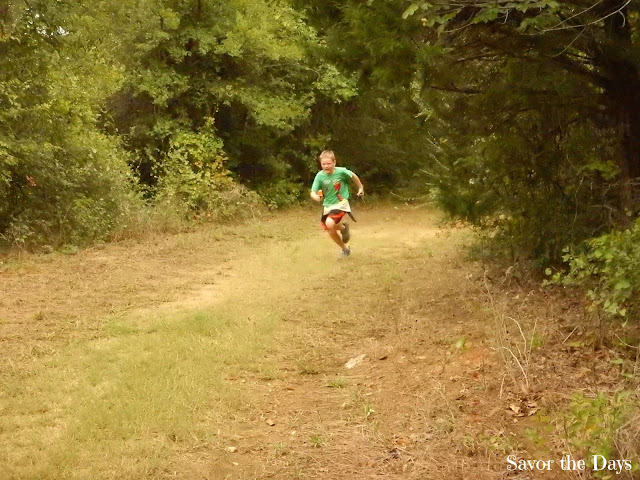 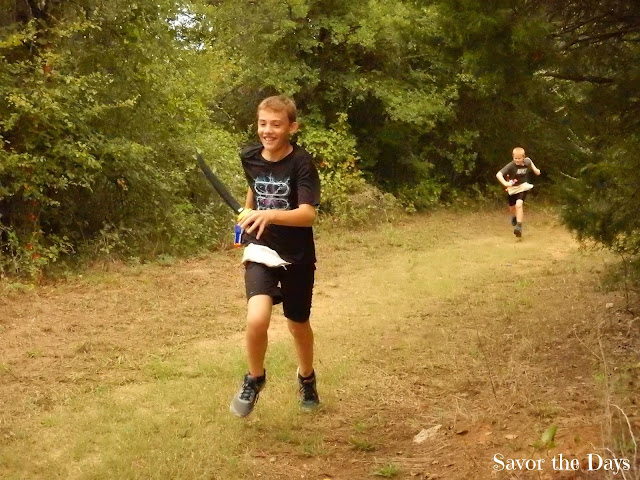 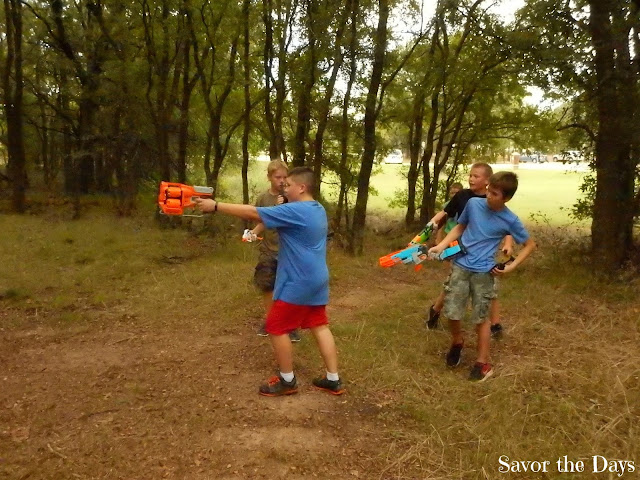 The boys had snacks and water and headed back into the woods! 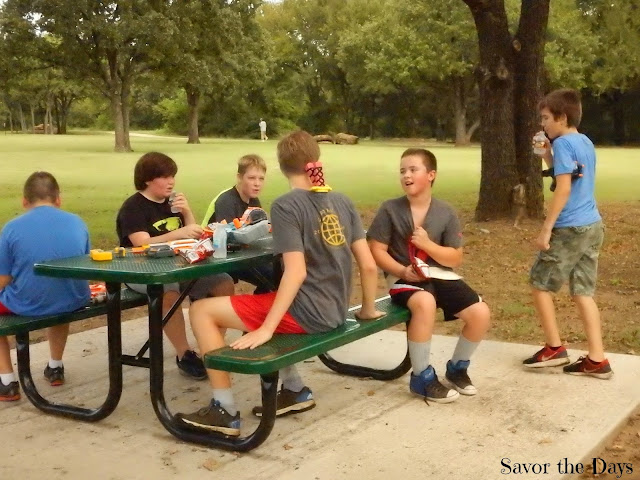 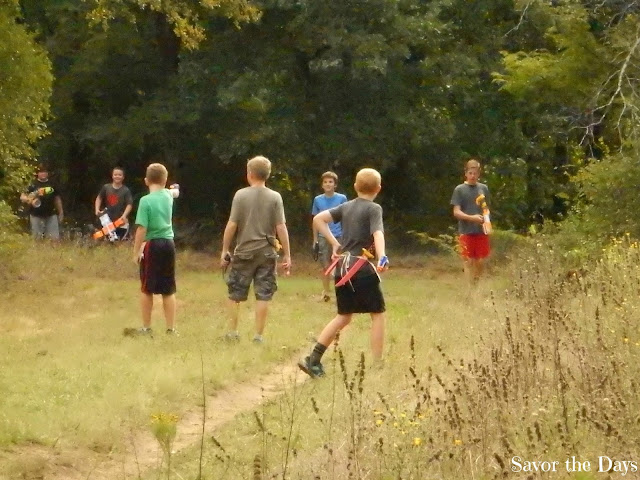 We wrapped up the party with cake and opening presents.  We were all hot and tired but it was so much fun! 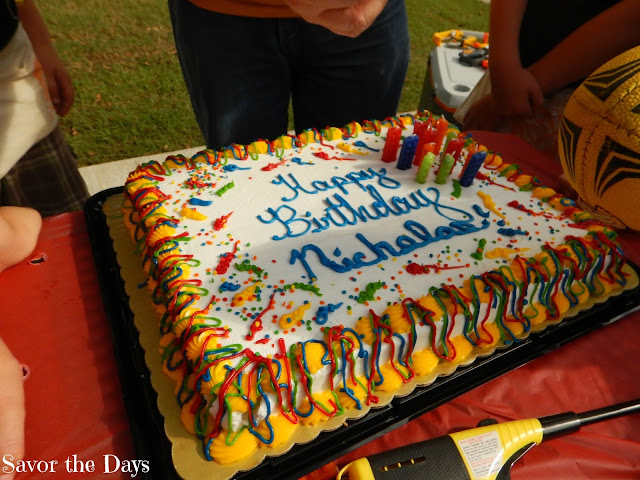 Happy Birthday Nicholas!  I don't know how you are going to top this party next year! 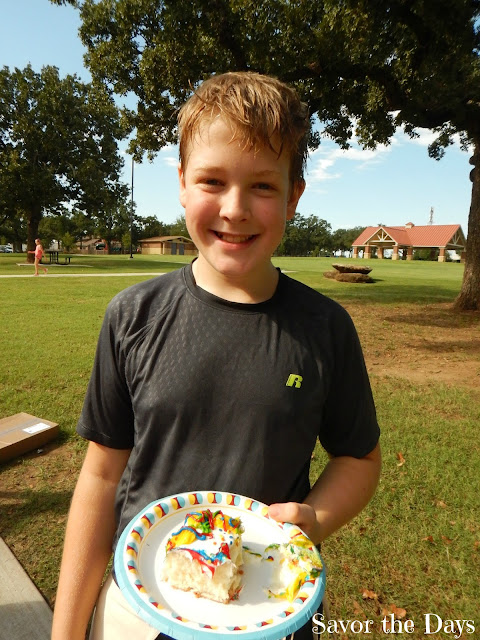