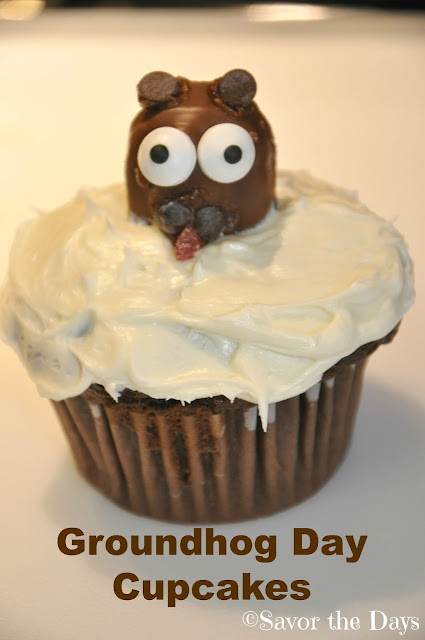 Happy Groundhog Day 2016.  This morning Punxsutawney Phil did NOT see his shadow when he came out of his burrow so that means that we should all enjoy an early Spring this year.  I showed the kids some videos from Phil's handlers who explained to them a little about the history of Groundhog Day and how they know if Phil saw his shadow.
Then Rachel made Groundhog Day cupcakes for us!!  She used a basic cake mix in a box and enjoyed using the stick blender. 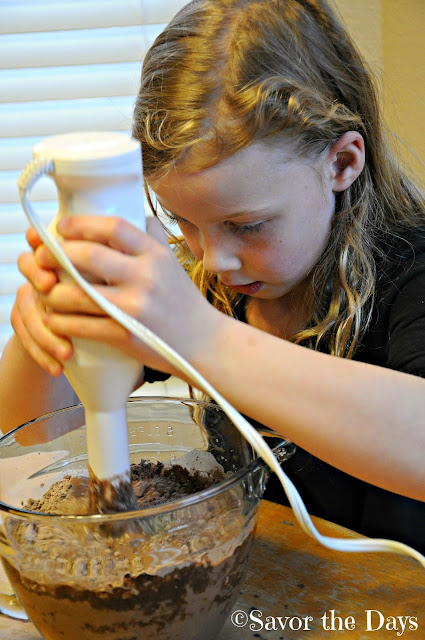 She filled the muffin tin with cupcake liners then scooped some batter into each cupcake spot. 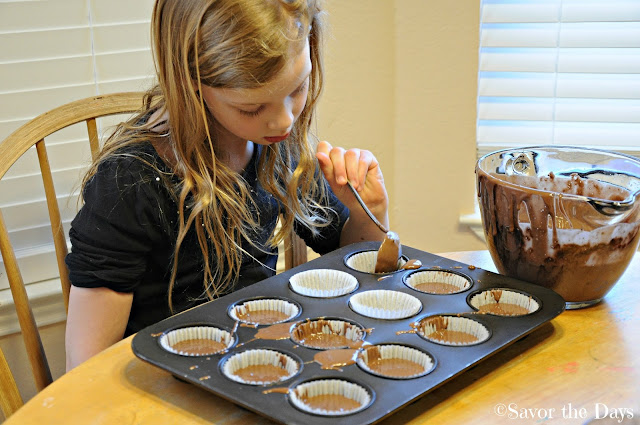 She may have licked the spoon when she was done but I just can't be sure... 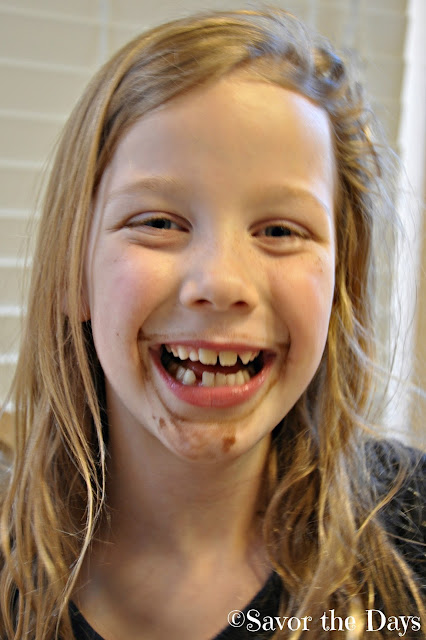 The cupcakes were baked and allowed to cool on a rack.  Yum! 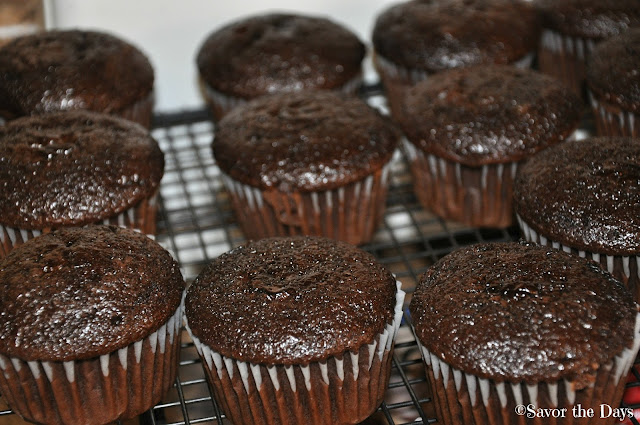 She covered them with white frosting, like a winter's snow.  Then she pushed an Almond Joy into the center of the cupcake. 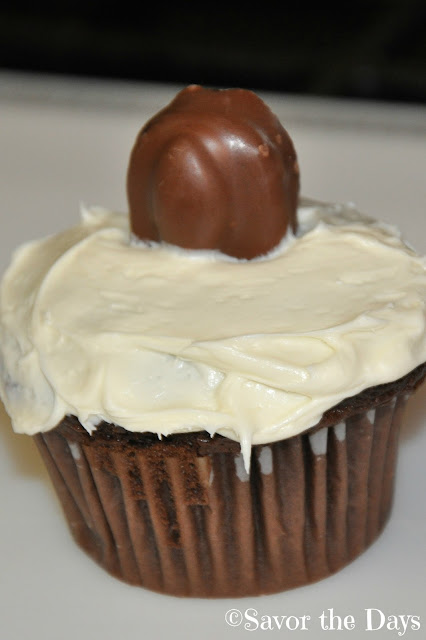 Here are some of her supplies that she used to make the groundhog face....mini chocolate chips, chocolate icing with a fine tip, some red gummy bears, and some candy eyeballs. 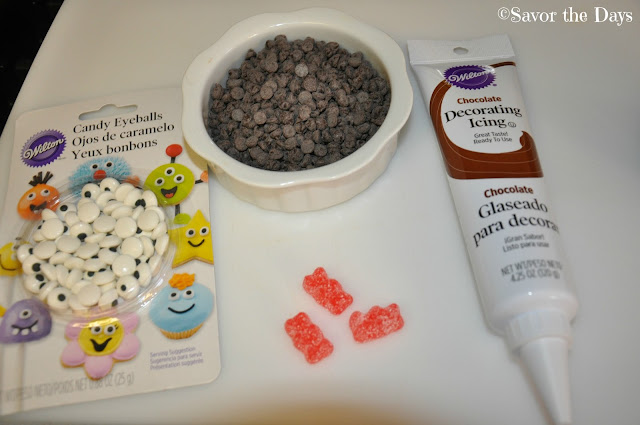 She used the chocolate icing as glue.  She glued on two mini chocolate chips for ears and two for puffy cheeks. 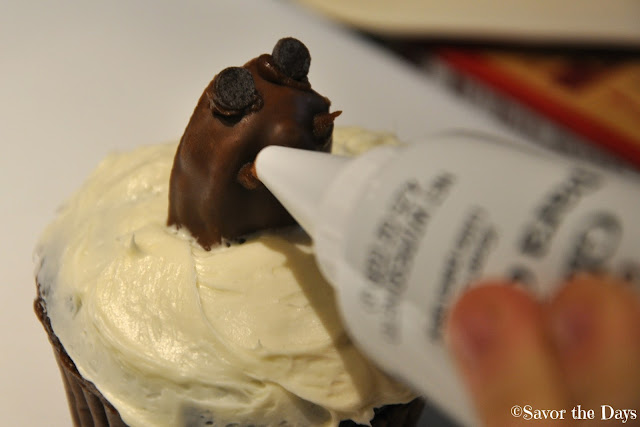 She added two eyes and cut off a piece of red gummy bear for a tongue.  Isn't he cute? 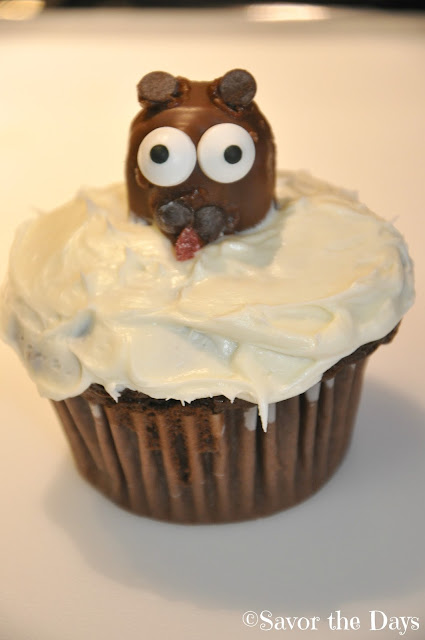 She decided to make a tutorial video to show everyone first hand how she made them.  I've tried to add the video below but if that isn't working then maybe try this direct link http://vid154.photobucket.com/albums/s270/kimchance/20160202%20Groundhog%20Day%20cupcakes%20Adobe_zpszsdkajwb.mp4

at February 02, 2016
Email ThisBlogThis!Share to TwitterShare to FacebookShare to Pinterest
Labels: at home, food, fun with food, holiday, Rachel