The Dallas Children's Theater is launching the performance Goodnight Moon based on the classic children's story book by Margaret Wise Brown.  We usually go to plays during the school week because school performances are much cheaper than the regular performances on the weekends.  However, I learned that Dallas Children's Theater will let you attend their dress rehearsal night for "whatever you can pay".  You can attend for free but they hope you will at least donate $5 per person to attend. Since it was in the evening, Stuart was available to watch Nicholas which was so great because he was not interested at all in seeing the "little kid" show.

Rachel was excited about the girls' night out.  She said she wanted to bring "Baby Rachel" (her Bitty Baby doll) to the show with us.  She and her baby doll wore matching dresses.  We read the story of Goodnight Moon before we left the house and Rachel brought the book in the car with us so she could "read" it again to her baby doll along the way. 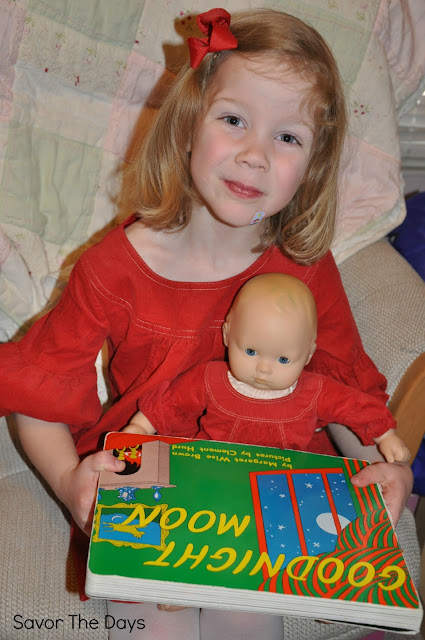 We were the first people to arrive so we passed some time in the lobby.  They still had the Pinkalicious cutout from a previous performance so Rachel let her baby doll pose as Pinkalicious! 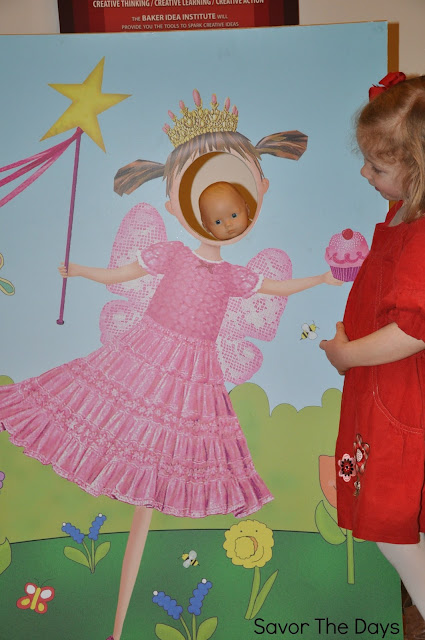 I love the line up of upcoming shows....Rumplestiltskin, A Wrinkle in Time, Boats (a puppet show), The Musical Adventures of Flat Stanley, and The True Story of the 3 Little Pigs!  I think we might have to plan on some trips to DCT this season :) 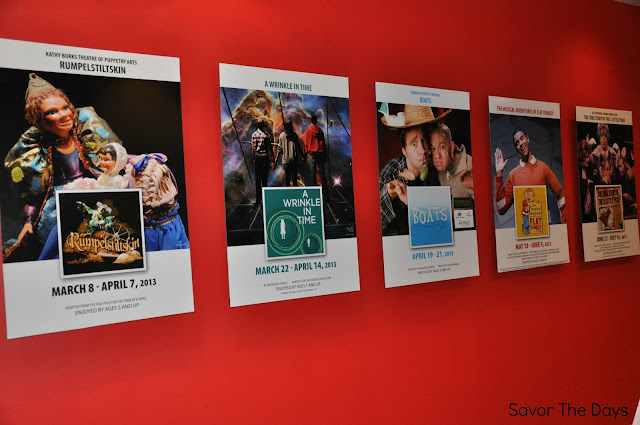 We played with the puppet theater.  By then there were other kids waiting in the lobby too so there were often lots of puppets at the window. 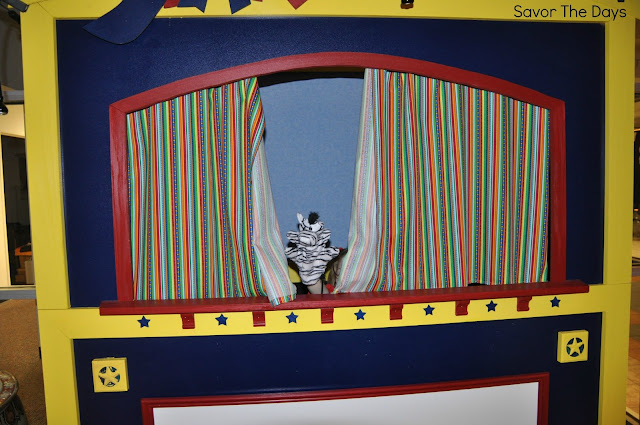 Rachel loved just hiding behind the curtain and then peeking out to say "Boo!"  We have lots of puppets at home but a crummy tabletop puppet theater that likes to fall over.  I wish we had a cool puppet theater like this! 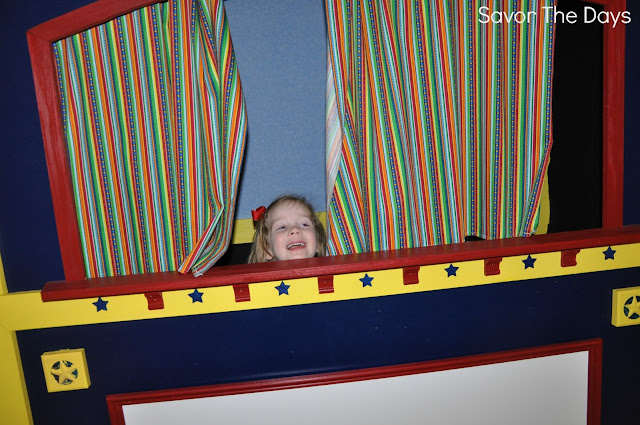 Rachel's favorite thing to do when we read Goodnight Moon is to find that silly mouse that moves around on the pages.  So when we saw the giant backdrop of the "great green room", instead of wanting to pose for a picture, she had to find that little mouse. 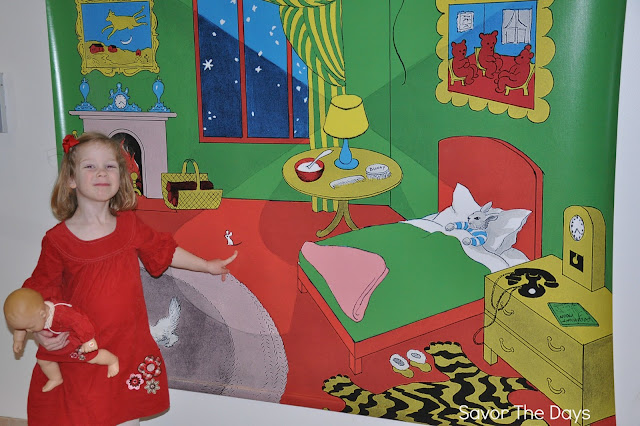 The audience is not allowed to take pictures during the show but I got this quick picture of Rachel and her baby doll as we waited for the show to begin. 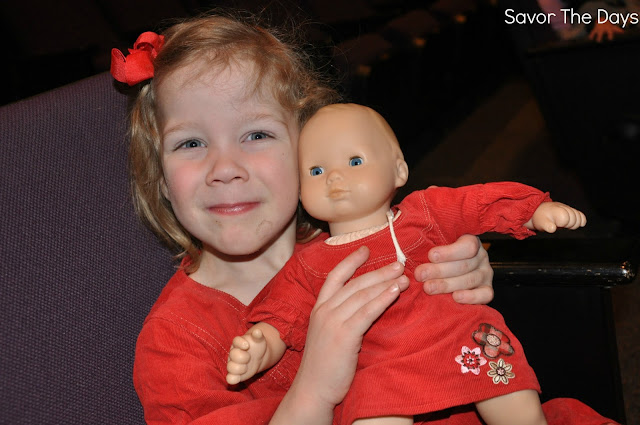 For more information about the Dallas Children's Theatre performance of Goodnight Moon, you can check out my review on She Is Dallas or visit the DCT website.
at January 24, 2013
Email ThisBlogThis!Share to TwitterShare to FacebookShare to Pinterest
Labels: books, field trip, Rachel, theatre