Fossil Hunting along the Interstate

Fossil hunting is a little hobby of ours.  We love the treasure hunt and we love finding cool things that are millions of years old.  But we don't take it too seriously and probably go casually hunting just a couple times a year.

My Dad told me about a cool place to hunt for fossils along I-49 southbound in Louisiana.  It's called the Cane River Site.  Back when I-49 was being built, they were cutting into the land to make an exit near Nachitoches.  But as workers were digging into the land they found an outcrop of marine fossil material that dated back 46 million years ago when this land was under the ocean.

Dad has been to the site and gave me some directions since we pass right by this each time we go back "home" to visit.

The exit is about 1 hour south of Shreveport.   You will top a hill and there should be an exit there that is clearly marked as the Natchitoches exit.  There is a McDonalds and other items there. About a 1/2 mile past that exit, you will note that there was the beginnings of an exit for a rest stop but it clearly was abandoned.  If you pull over into that exit or just slow down as you go past it on the interstate, you can see in the wall of the ditch along the interstate that there is some white items showing up.  That is the outcrop of fossil material.

We easily found the spot. 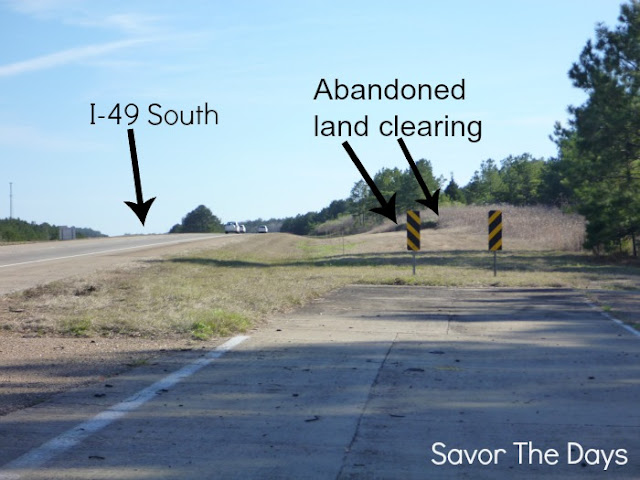 We parked the car at the dead end exit ramp and walked to the outcropping.  It was kind of weird walking along the side of the busy interstate, especially with 2 bouncy kids but we only got honked at once.

It was neat to see the ground work that had clearly been done to smooth out the land for use and the drastic end to that work where the ground was a foot or two higher. It seems higher in this picture below but most of that is just grass and vegetation. 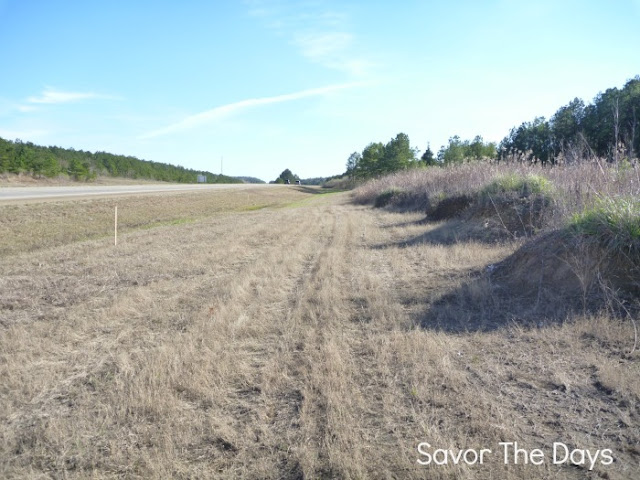 But what was most amazing is that when we walked right up to the dig site, there were marine fossils all over the ground.  It had just recently rained and rain is good for fossil hunting because it can wash fossils out of the dirt. 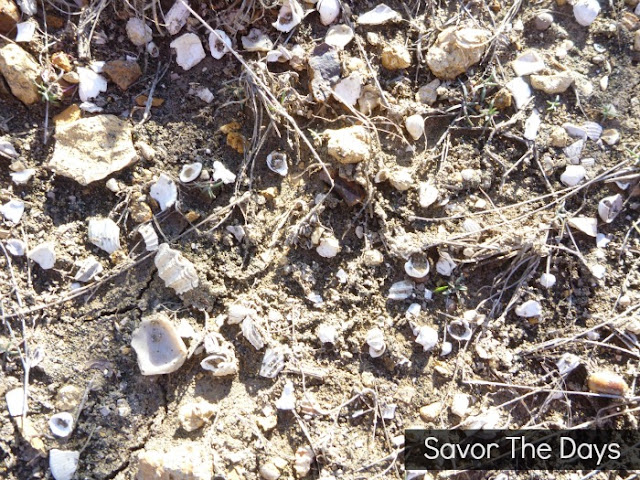 All of these little white pieces are marine fossils.  Some scientists say that they are from 46 millions years ago.  Most were bivalve and that seems to be all that we picked up.  But there have been 150 different species found here including vertebrate and invertebrate - cuttlefish beaks, shark teeth, coral, etc.

We had some fun doing a really quick hunt and collecting a few ancient treasures. 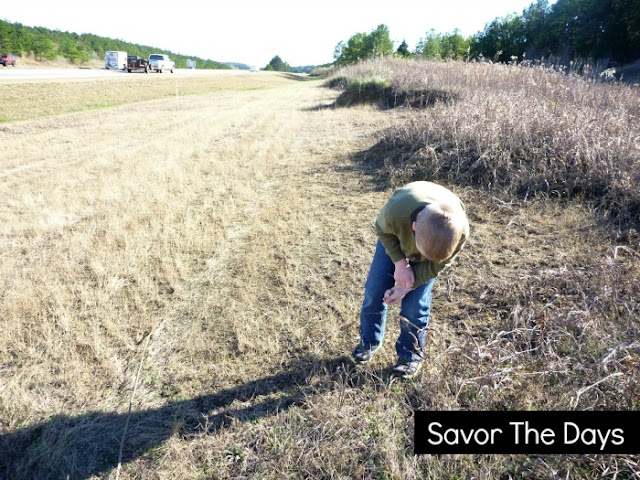 For more information about fossil hunting at the Cane River Site, check out this great article on the Natchitoches fossils by Gary Stringer that appeared in the Louisiana Geological Survey.